Why Breitbart’s Big Hollywood is Wrong About Almost Everything

Every other post on Breitbart’s “Big Hollywood” site is based upon the following assumptions:

Let’s look at these one by one.

Sure, why not. Every once in a while anyway. I think of the framed portrait of Ronald Reagan that showed up whenever we dropped a defcon in 1983’s “War Games.”

But Breitbart’s second assumption comes dangerously close to the whole McCarthyite, HUAC-led and FBI-supported blacklist of the late 1940s and early 1950s. Back then, right-wing reactionaries searched for anything that might indicate leftist, un-American politics, and, in its fever dream, wound up condemning “The Best Years of Our Lives,” “Gentleman’s Agreement” and “It’s a Wonderful Life.” Among others.

This second assumption also ignores how conservative most Hollywood movies truly are. They are wish-fulfillment fantasies about men with guns who blow away objectively evil bad guys and save the day. They’re blueprints for any speech at any GOP or NRA convention.

This is where Breitbart really performs a faceplant. I don’t even need a sentence to refute these two assumptions. I just need one word:

In the 21st century, there’s been no movie, particularly a big-budget movie, that contained more squishy leftist ideals (trees, etc.), and a greater attack on the right (war, etc.), than “Avatar.” It’s basically an attack on Bush, Cheney, the Iraq War, and the military industrial complex. As I stated in my review back in 2009:

Hell, it’s not even subversive. It states its apostasy out loud. “We will show the sky people they cannot take whatever they want!” Jake, the avatar, shouts before the final battle. “This is our land!”

James Cameron’s “Avatar” is the classic Breitbart culprit: a Hollywood movie that sneaks its liberal, leftist agenda into a mainstream movie to poison us all.

And how did it do at the box office? You might have heard a little something-something about it. I think the first something was 2.7 and the second was billion. That’s what it grossed worldwide: $2.7 billion. No. 2 all-time also belongs to Cameron: “Titanic” at $2.1 billion. Third is “Marvel’s The Avengers” at $1.5 billion. Fourth, the last “Harry Potter,” is at $1.3 billion.

In other words, only two other movies are within half of what “Avatar,” with its awful, anti-GOP message, grossed.

I’m not saying “Avatar” did this well because it liked trees and disliked war, or because its heroic native peoples attacked a military-corporate complex hell-bent on exploiting natural resources for its own financial gain. I’m saying that whenever Breitbart’s Big Hollywood makes its four big assumptions at the top of this post, they need to solve a problem like “Avatar.” Or at least address it. And they never do. 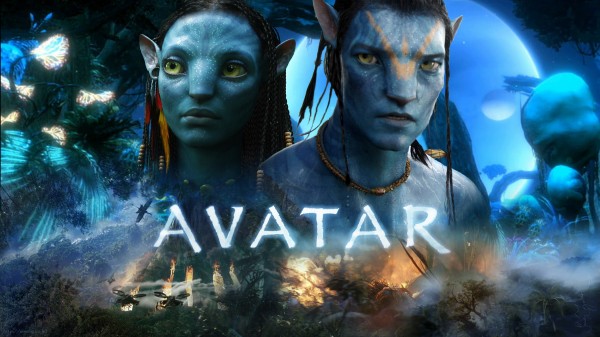 Sooner or later, you always have to wake up.