Over the last week I've included a good half-dozen quotes from Joe Muto and his book, “An Atheist in the FOXhole: A Liberal's Eight-Year Odyssey Inside the Heart of the Right-Wing Media," which I recommend to anyone interested not only in the inner workings of FOX News but the inner workings of a cable news network.

Much of the book focuses on how things work regardless of ideology. There's also an example, just in time, on how to get a job. It's not bad advice. 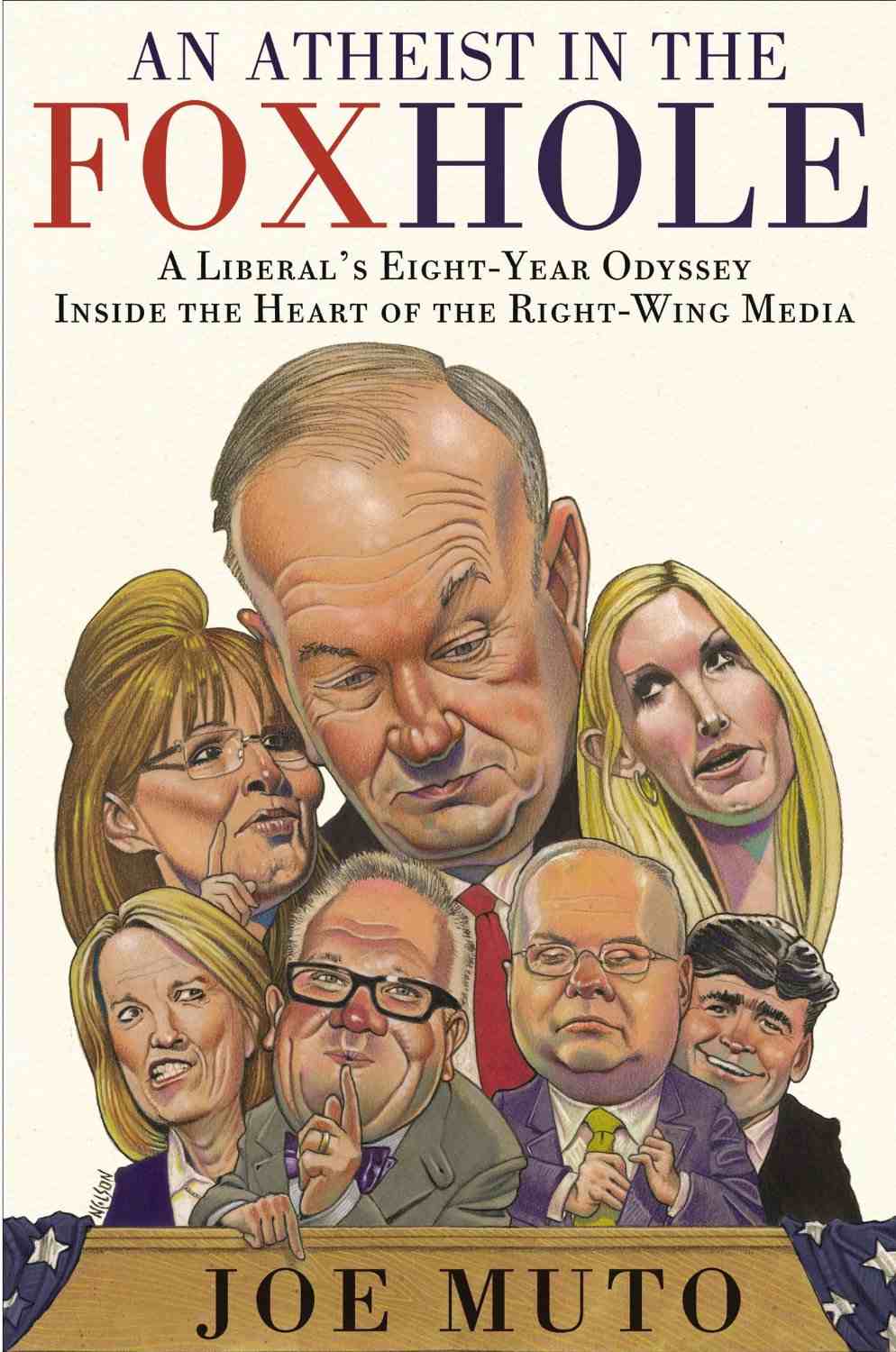 Basically: 1) Don't care too much about getting it; 2) Be witty. The second part is the hard part, but the first ... well, it's astonishing how often that happens. (See this Christopher Reeve quote.) The thing we fear the most meets us halfway while the thing we want the most ain't budging.

As for FOX-News? Much of what we see is what we get. Bill O'Reilly is a bully, Sarah Palin is unprepared, Glenn Beck is truly, truly paranoid. But there are surprises. Apparently, off camera, Ann Coulter is a nice person. Go figure.

Muto also does a good job of parsing the famous conservative faces. These homophobes are hardly homogenous. O'Reilly may be conservative but he's not an ideologue in the way of Sean Hannity or Roger Ailes. Ratings trump politics for O'Reilly. Money trumps politics for Rupert Murdoch. For Ailes and Hannity, politics trump all.

It's worth a read. It's also a breeze. Muto is funny and a good writer.