Wait, where was “Sgt. Pepper”?

That’s what I asked my wife the day after we watched “The Bee Gees: How Can You Mend a Broken Heart” on HBO—a doc we both enjoyed. She gave me a tight smile and laughed a note for what she assumed was a feeble joke.

No no, not the album, I said. Or not the Beatles album. The movie. 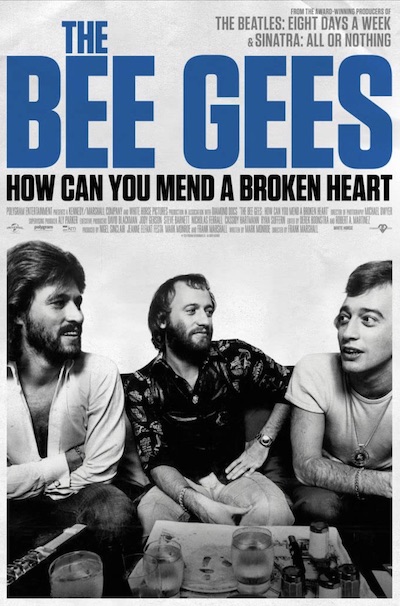 A huge bomb. I looked up some of the details. The Bee Gees were filming it in the fall of ’77—right as “How Deep Is Your Love?” was climbing the charts, and months before “Saturday Night Fever” was even released. I’d always assumed they were cast in “Pepper” because of the success of “Fever” but it was before then. It was a Robert Stigwood production, as was “Fever,” and Stigwood was their manager, so I guess that’s why. But it seems worth a mention.

And yes, I get it, you can’t put everything into a 90-minute doc. At the same time, it’s the only feature film the Bee Gees starred in, it was the music of the Beatles, whom they idolized and wanted to be, and it was supposed to be a kind of passing of the torch even if it wasn’t nearly. The release of “Pepper” also adds to the group’s late ’70s oversaturation, which led to the inevitable backlash against them. Which is so much of this story.

The doc, written by Mark Monroe (“The Cove,” “The Beatles: Eight Days a Week”) and directed by longtime producer Frank Marshall (Bogdanovich, Spielberg), implies as much. We get a great juxtaposition of the Bee Gees playing to sold-out stadiums in the summer of ’79, safe in their bubble, while over in Chicago, Dahl, a tubby, white radio shock jock in army helmet, organized Disco Demolition Night at Comiskey Park: a White Sox twi-night double-header would cost just 99 cents if you brought a disco record that would get blown up at second base in-between games. It was a fiasco, led to a riot, and the White Sox had to forfeit the second game. A Black usher who was there says he pointed out that a lot of the records being added to the pile weren’t disco at all but R&B—Isaac Hayes and Stevie Wonder albums are shown—adding to the idea that the disco backlash was racist and homophobic in nature. Maybe. Or maybe these stupid white kids grabbed what they could to get into the park. (BTW: Did anyone really destroy “Songs in the Key of Life” for a ChiSox game? Talk about your dumbshit moves.)

There are other cultural touchstones the filmmakers could’ve added besides Dahl. This is a longshot, but I was hoping they’d quote the stream-of consciousness, cultural flotsam thoughts of middle-aged Toyota dealer Harry “Rabbit” Angstrom in “Rabbit Is Rich,” John Updike’s Pulitzer Prize-winning novel, published in 1981. It's the summer of 1979, Rabbit is driving around in his red metallic Toyota Corona and listening to the radio:

The disco music shifts to the Bee Gees, white men who have done this wonderful thing of making themselves sound like black women. “Stayin’ Alive” comes on with all that amplified throbbleo and a strange nasal whining underneath: the John Travolta theme song. Rabbit still thinks of him as one of the Sweathogs from Mr. Kotter’s class but for a while back there last summer the U.S.A. was one hundred percent his, every twat under 15 wanting to be humped by a former Sweathog in the back seat of a car parked in Brooklyn.

(One can imagine Updike getting canceled today for that second sentence.)

By the end of the novel it’s January 1980, and Rabbit is listening to the radio in a grape-blue Toyota Celica Supra: “Though he moves the dial from left to right and back again,” Updike writes, “he can’t find Donna Summer, she went out with the Seventies.” 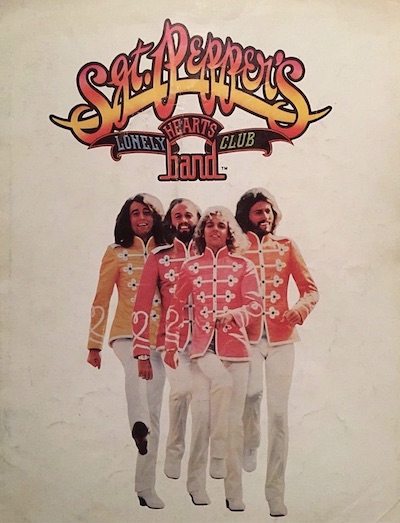 And how much of the anti sentiment (of Blacks, disco, gays, sex and Bee Gees) was part of the general rising tide of conservatism that swept the U.K. and U.S. in that period? When the Bee Gees released “Spirits Having Flown” and it went to No. 1 on the album charts in the U.S., U.K., Australia, Germany, Sweden and New Zealand, it was Feb. 1979: gas lines hadn’t begun forming, hostages hadn’t been taken, and Afghanistan hadn’t been invaded. When they released their next album, “Living Eyes,” it was Oct. 1981, Reagan and Thatcher were in power, every dumbfuck around every corner was chanting “USA! USA!” and the album just died. All over the world. In the U.S. and U.K. it peaked at #41 and #73, respectively. Ouch. No wonder Barry Gibb seems so desperate and pissed off when he faces a camera on an early ’80s TV show and says ‘Does anybody mind if we exist in the ’80s? Thank you.” He and his brothers went from everywhere to nowhere. They went out, as Updike wrote, with the Seventies.

No hits
“The Bee Gees: How Can You Mend a Broken Heart” is fun, poignant and brought back a lot of memories. I began listening to the radio with regularity, and American Top 40 religiously, in 1975 when “Jive Talkin’” hit the charts. I never sought them out but I enjoyed a lot of their pre-“Saturday Night Fever” singles: “Nights on Broadway, “Fanny (Be Tender with My Love”) (which I’d completely forgotten), and “Love So Right.” I liked all that; I was a sappy kid. I also liked a lot of the “Fever” stuff, to be honest: “Stayin’ Alive,” “Night Fever,” “You Should Be Dancing.” I just disliked their ubiquity, and the fact that they clogged the top 5 singles charts like no band since the Beatles. That felt like blasphemy to me. Plus I hated “How Deep Is Your Love?” I could never understand why it was so big. Drove me nuts. I remember getting into an argument with my best friend, Peter, at the time. He kept talking up the Bee Gees, I dismissed them, he said who do you like, I said Paul Simon, we mocked each other’s tastes and then didn’t speak for months. Ninth grade.

I do wish Marshall and Monroe had gone a bit deeper and paid greater attention to chronology. Rick Dees’ “Disco Duck” is played as an example of the schlock that followed the Bee Gees’ huge success in 1978, which got people got tired of disco, but it was actually released two years earlier. That matters. Chronology matters.

The broken heart of the title refers to Barry, the band’s leader and only surviving member. Maurice died in 2003, Robin in 2012, while Andy, a huge pop sensation in the 1970s, struggled with drug addiction and died in 1988, age 30. Anyone’s heart would break. “I’d rather have them all back here,” Barry says at the end, “and no hits at all.”