A few thoughts from modern ballplayers on Joe DiMaggio's 56-game hitting streak in 1941, culled from Kostya Kennedy's book, “56: Joe DiMaggio and the Last Magic Number in Sports,” pp. 187-88, which I've been enjoying during lunch:

“How big of a deal is DiMaggio's streak? Ryan Zimmerman got halfway there and it was on the front page of every sports section and led every sports highlight show. He was halfway. Halfway! Think about that.”
-- David Wright

“That's one of those Bugs Bunny numbers. People do that in cartoons, not in real life.”
-- Ken Griffey, Jr. 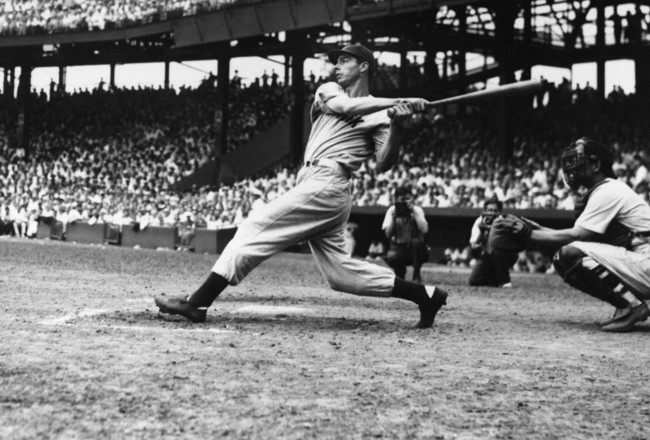