In honor of the opening of Target Field and the return of outdoor baseball to Minnesota yesterday, here are some of my earliest, slap-dash, Cesar Tovar-like memories of Minnesota's last Major League outdoor stadium, Metropolitan Stadium in Bloomington, Minn. 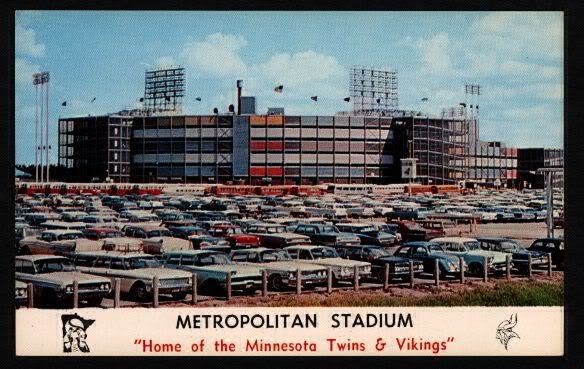