Like most anyone interested in hard news and tired of the false equivalencies of the mainstream media—the confusion of objectivity with stupidity—I enjoyed a few of Soledad O'Brien's interviews this past year. Ones with John Sununu and Rudy Giuliani, for example. Plus she's got a great name and she's not hard on the eyes. Maybe that should be her slogan: “Hard news. Not hard on the eyes.”

Anyway the other day I was finally looking through last week's New York Times Magazine, the one with Jerry Seinfeld on the cover, and out of the corner of my eye, on their short Q&A page, I caught a glimpse of ... was it a superhero? Someone in a Star Trek outfit?

It was Soledad. Wearing the day-to-day.

It's interesting comparing her outfit to a Star Trek outfit. Even a Star Trek Barbie outfit. 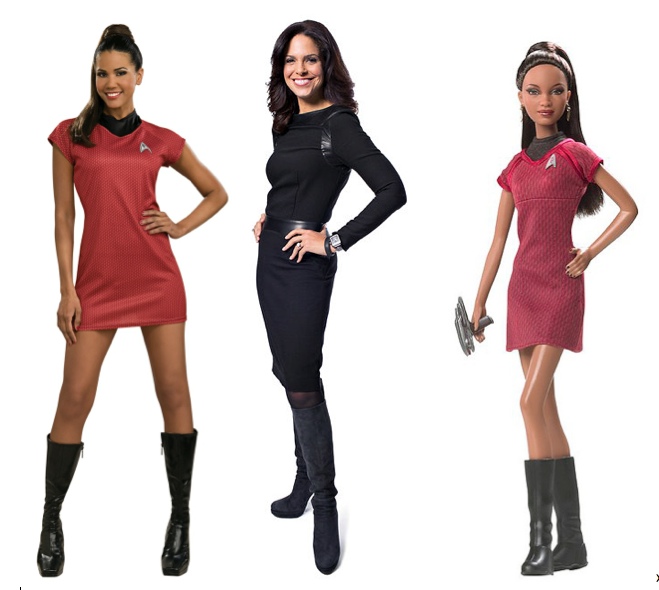 Beam me up, Scottie.

Good Q&A, too. Been a long time since I've heard anyone use the word “mulatto,” tragic or otherwise.