The Convention failed to move the needle, but some time in late September, a rise began, perhaps as Republicans came home and just decided they could like the guy. But then the big turning point is Romney's first debate, when he effectively undid in one night almost everything the Obama campaign had thrown at him since the spring. It was a new market; he had a new sales pitch; a new set of policies; a personality implant. And for many low-information voters, and others, that was enough.

He worries what this will mean on election day, as do I. But more, I worry what this means about democracy, and whether we can have it.

If you can win the presidency by repudiating many of your past positions in order to appeal to a rabid base, then repudiate those repudiations in order to appeal to the uninformed, undecided, middle-of-the-road voter, and you can prosper in this, what does that say about representative government? What does that say about success and who gets it? And how does that conform with typical right-wing rhetoric about success?

None of this is exactly news to me. But for the past year I've assumed that most people were at least smart enough to sense the inauthenticity in Mitt Romney. Unfortunately, he had a good 90 minutes, Obama had a bad 90 minutes, and apparently that was enough for some of them. We'll see how the second debate numbers shake out. We'll see if enough people can see, as almost every conservative leader says in this video, what a pathetic and pathological liar Mitt Romney is. 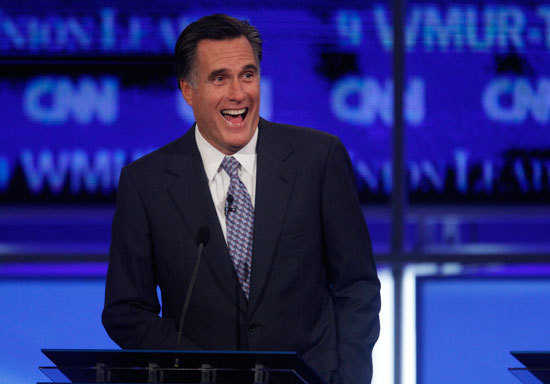