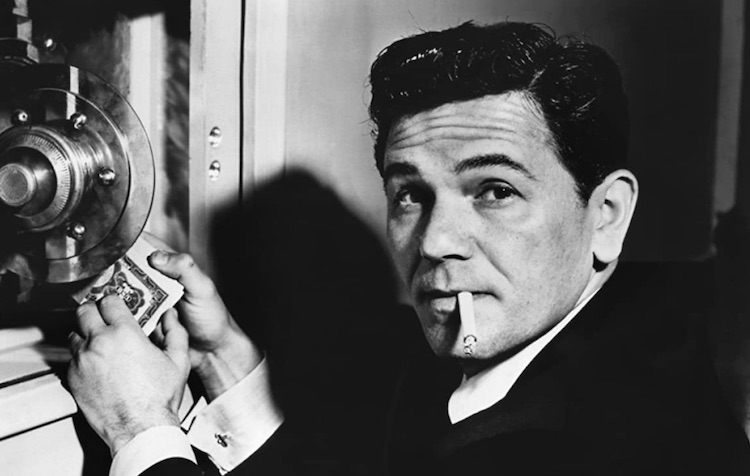 “I had met Garfield shortly after the war, when he acted in a radio play I had written for the United Jewish Appeal. He was a friendly, unintellectual man who liked being a movie star. He was also a product of the New York streets who believed the worst thing you could be was a snitch. While he was never a Communist himself, most of his friends were of the left and that was where his sympathies lay.

”Hungering for a star who could get them on the front page, the Committee on Un-American Activities subpoenaed him. Trying to keep both his career and his honor, Garfield waffled. He denounced communism while professing not to know any Communists. He lent his name to a ghostwritten magazine article called “I Was a Sucker for a Left Hook.' He was caught between John Garfield, the star, and Julius Garfinkel (his real name), the kid from the streets. He would debase himself, but he would not inform.

”He moved to New York, ostensibly to find more rewarding parts in the theater but really to feel rooted again, to plant himself in earth less treacherous than Hollywood. He needed to find some kind of purchase; he was still a boy who needed his neighborhood. He played the title roles in Peer Gynt and a revival of Golden Boy, getting bad reviews for the first (‘literal and casual,’ said the Times) and good ones for the second (‘brilliant and satisfying,’ said the Post). He had been turned down for the lead part in Golden Boy when it was first performed by the Group Theater in 1937. The director, Harold Clurman, thought he lacked ‘the inner torment’ for the part and gave him a lesser, comic role. He had the torment now, whether he wanted it or not.

“I saw Garfield briefly during this torturous time. His face was lined and drawn, and he was drinking. He always had the face of a bar mitzvah boy gone just wrong enough to enhance his appeal. Now he seemed old without having grown into it. He still saw his friends, no matter their politics. He was loyal to what he still believed. As an actor he had been best at playing the rebel, the angry young man at odds with the system. Now the system had him by the throat. Dissatisfied with his testimony, the committee turned the matter over to the FBI, seeking grounds for a charge of perjury. Some of his lawyers advised cooperation, others resistance. Cooperation, of course, meant giving names. Resistance could possibly mean jail and certainly an end to his career. But Garfield found a way to preserve his honor, although at terminal cost. He thwarted them all by dying. His heart gave out on a visit to a woman friend to whom he had gone for solace.”

— from Walter Bernstein's “Inside Out: A Memoir of the Blacklist”