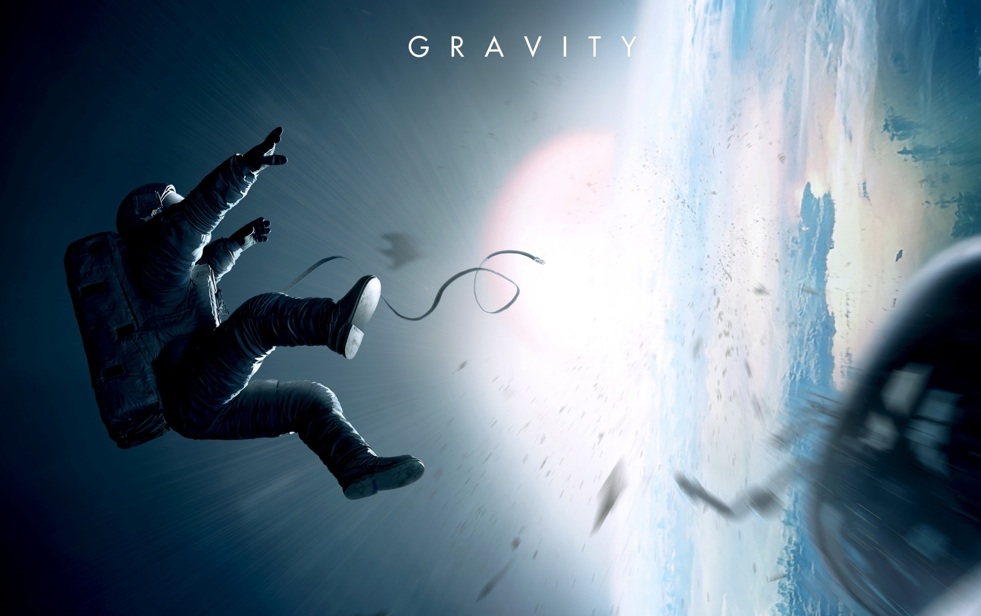 Houston, we don't have a problem.

Bullock’s previous best was “The Heat” ($39 million in June), while Clooney’s, believe it or not, was “Batman and Robin,” way back in 1997. All of Clooney’s best openings are from back then: “The Perfect Storm” ($41m in 2000) and the various “Ocean’s” movies ($36-$39m from 2001 to 2007). After that, they drop off to less than $20 million. He’s the quintessential Hollywood movie star, the last movie star according to an old Time magazine cover, and yet his movies don’t open the way that movies about giant robots open. He makes smart movies that open small. The following all opened on fewer than 30 screens:

He’s the last adult in the room.

But “Gravity” is a good sign. It pulled in the sci-fi geeks, the IMAX folks, and the people who pay attention to buzz, who care about how movies do on the festival circuit, and the final opening tally was $55. Good news. To paraphrase Maj. Frank Burns: It’s nice when the nice happens to nice movies.

Elsewhere, “Runner Runner,” that Justin Timberlake thing with Ben Affleck as the villain, opened in more than 3,000 theaters but grossed only $7.6 million, for a pretty lousy $2,500k-per-theater opening. It finished third for the weekend. No. 2 was the second weekend of “Cloudy with a Chance of Meatballs 2,” which dropped only 36% and grossed $21.5.

A third film opened in 387 theaters and grossed $2.5 million to finish ninth for the weekend: “Pulling Strings.” Never heard of it? It’s a Mexican comedy. It’s Lionsgate attempting to redo its success with “Instructions Not Included,” the Mexican comedy that opened at the end of August and has slowly become the fourth-highest-grossing foreign-language film ever in the U.S., grossing more than $40 million. Ahead of it? “Crouching Tiger,” “Life is Beautiful,” and “Hero.” It won’t catch those. Even so, this is one of the bigger box-office stories of the year: the under-the-radar success of Mexican comedy in the U.S. Don’t tell FOX-News.

Here are the weekend estimates from Box Office Mojo.