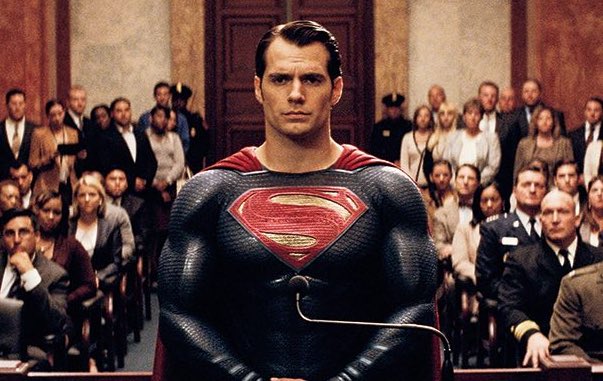 Expect a lot of similar headlines for the weekend's box office, in which McCarthy's “The Boss” debuted at $23.48 million, beating the third weekend of “Batman v Superman,” which fell another 54.3% to $23.43 million.

Obviously it's a squeaker, and those positions could reverse when the actuals come in tomorrow. Besides, a more accurate headline would read something like:

“Boss” got 18% on Rotten Tomatoes; “BvS” 29%. And as I wrote yesterday, that's higher than it really deserves.

“Batman v Superman” isn't a disaster but there are a lot of indicators that everyone is pretty much turned off, and that doesn't bode well for next year's “Justice League” movie. Here, for example, is a chart of how the movie has done each weekend:

The key is that last column. Its opening weekend was the 7th-best opening weekend ever, its second weekend the 32nd-best second weekend ever, and this weekend it had the 63rd-best third weekend ever. Which, right, is nothing to sneeze at. But quality blockbusters don't drop like rocks like that. That Superman can't stay aloft should be a little embarrassing. And that a pairing of Batman and Superman, the two most famous superheroes in the world, can't stay aloft should be earth-shattering for Warner Bros., since it indicates hundreds of millions of dollars that won't be made in box office, and that again, or times two, in merchandising.

Here are a few insider comments from Kim Masters' recent piece in The Hollywood Reporter:

“The biggest problem,” says the head of a rival studio, “is that it is not turning [DC] into Marvel. The audience has communicated, as have the critics.” One agent notes BvS likely won't get to $1 billion despite launching the universe with “two of the most iconic characters in history.” Pointing out that Jurassic World pulled in $1.67 billion globally, he continues, “you can't tell me Batman v. Superman is so much less valuable.”

Sources with firsthand knowledge of the situation say the studio has no such plans [to change producers/directors]. One says the filmmakers naturally will evaluate what went wrong with BvS, but when it comes to Justice League, “we're not going to take a movie that's supposed to be one thing and turn it into a copycat of something else.”

Warner Bros. is doubling down on the dumb. I guess it's all they've got at the moment.