‘Vote as if Democracy Depends on it, Because it Does’

While searching for information about the Trump Foundation trial, I came across this letter to the editor from a guy in Lower Paxton Township, in Dauphin County, Pennsylvania. 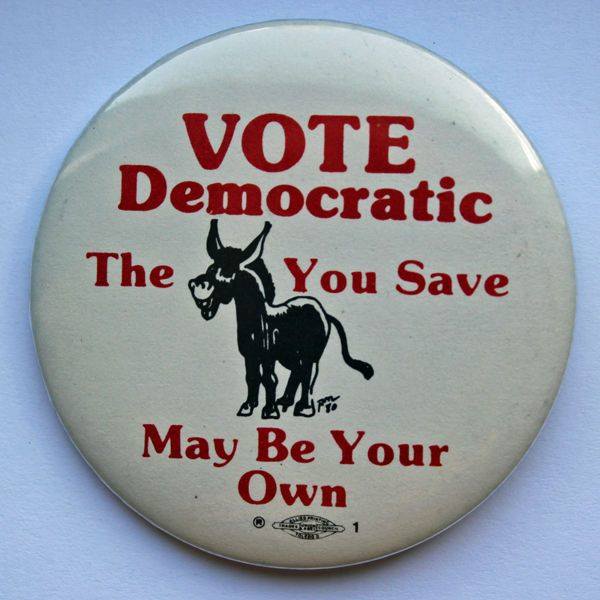 I like it. I like it alot. One, he's been paying attention. Two, he gets at the heart of the corruption:

From the treasonous comments Trump made in the Bill O‘Reilly interview on Superbowl Sunday 2017 to treating our NATO allies as enemies and Putin as our friend, this is the most disloyal President we’ve ever had. Add to this that Trump's former campaign manager, Paul Manafort has been found guilty in one trial with another one to follow, and Michael Cohen, his personal lawyer pleading guilty to 8 criminal charges including 2 that names Trump as a co-conspirator. Add in the Emoluments trial, the Trump Foundation trial, and a number of other scandals involving Trump minions, including cabinet members Scott Pruitt and Wilber Ross, and you have a 3 ring circus, the likes which has never seen before in this country. And it still remains what the Mueller investigation has fully uncovered. ...

The most infuriating part is we have a Republican Congress who are complicit with this President. Congress is supposed to be a third leg of our government, acting as a check and balance against the other two branches of government.

Senator Bob Corker, Rep. from Tenn. has gone as far to say, “The Republican party is a Trump cult.” The Republicans have become nothing more than a bunch of Trump lackeys and minions. They are a pathetic, corrupted, and hollowed out version of their former selves. To the point, they have now become the Trumplican party. This is why, even though I‘ve been a registered Republican for over 40 years, I feel it is critical that voters go to the polls this November and vote for Democratic congressmen and women who will stand up to this President. Vote as if our democracy depends on it, because it does.

Last weekend, campaigning for Dr. Kim Schrier in Washington’s 8th district, I came across a lot of different types—Kent is more diverse than I realized—but the guy that stood out is, like the letter writer above, a lifelong Republican who is breaking with the party and voting a straight Democratic ticket.

Here's hoping there are many more of them—people who see the danger and are moving to counteract it.