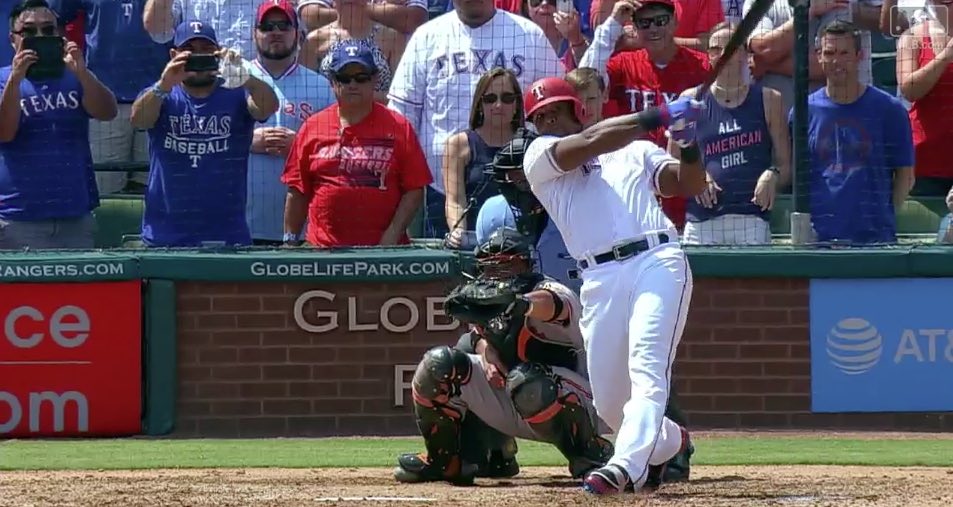 The last three guys to reach 3,000 hits all have one thing in common besides the obvious: They all played for the Seattle Mariners but didn't break the record with the Seattle Mariners: A Rod did it in June 2015 with the Yankees, Ichiro did it last year with the Marlins, and today Adrian Beltre did it with the Texas Rangers. It's the first time someone got their 3,000th in a Texas uni.

Another interesting note: None of the three did it with a single. A-Rod went deep, Ichiro legged out a triple, Adrian got a two-bagger: 4, 3, 2. Apparently the next one (Pujols, at 2,911) will be a single.

Not that far back, my friend Jim and I were commenting that if not for his *meh* years with the Mariners, Beltre might have been a Hall of Famer. He came in here gangbusters and after he left he was gangbusters again. But with us, in what should have been his prime years, he hit 20 points below his current career batting average, and slugged 61 points below his current career slugging percentage. Then he kept on, and Jim and I realized he was going into the Hall despite the shitty Mariner years. Good for him.