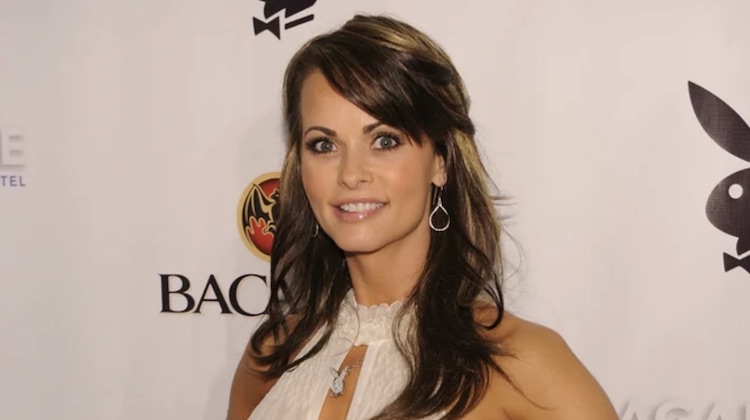 Amid the news insanity of the week—No. 1 being the refusal of the president of the United States to commit to a peaceful transfer of power, which should've been the biggest news story of the year but hardly made a peep among the usual legit-media suspects—there was, last night, not necessarily good news, but it did make me smile for a moment.

But dig a little and the stories get amusing.

And then Tucker. Oh, Tucker.

Backstory. Playboy playmate Karen McDougal has claimed a year-long affair with Donald Trump from 2006 to 2007, and it came up during the 2016 election. She sold that story for $150,000 to The National Enquirer, which, rather than publish the salacious details, squelched the story. Ronan Farrow wrote about those details years later for The New Yorker. The tabloid practice is called “catch and kill,” and it was done here, apparently, because the owner of the Enquirer, American Media, Inc., ws run by the aptly-named David Pecker, who is a friend of Trump's. That's the backstory.

Anyway, in 2018, after the Farrow article appeared, and I guess after McDougal told her story to Anderson Cooper on CNN, Tucker Carlson attacked her on his Fox News show. He accused her of extortion, which is the opposite of what happened. So she sued him for defamation.

Yesterday, Judge Mary Kay Vyskocil dismissed the lawsuit. She agreed with the Fox News lawyers. That McDougal was an extortionist? No, that wasn't the argument. The argument, brought by Fox News lawyers, is that Tucker Carlson shouldn't be taken seriously. From the New York Times story:

In reaching her decision, Judge Vyskocil relied in part on an argument made by Fox News lawyers: that the “general tenor” of Mr. Carlson's program signals to viewers that the host is “engaging in 'exaggeration' and 'nonliteral commentary.'” The judge added: “Given Mr. Carlson's reputation, any reasonable viewer 'arrive[s] with an appropriate amount of skepticism'” about the host's on-air comments.

So that's kind of amusing.

And not. There's still no accountability. Fox gets to call itself “News” and escape traps like this by saying, in effect, “Who are we? Nobody. We're just bullshitting. We're just a billion-dollar industry that attacks who we want for partisan reasons and gets away with it.” In effect, the judge just gave Tucker Carlson a license to lie.

Sincere follow-up for Judge Vyskocil: Would any “reasonable viewer” be watching Tucker Carlson's show in the first place?