Poor Brandon Routh. He actually made a pretty good Superman in “Superman Returns”; he just had the misfortune of following the greatest superhero casting ever. One imagines the disaster if one of the producer’s original choices — Robert Redford or James Caan — had gotten Reeve’s role. Instead Superman came to us, as he should come to us, fresh-faced and innocent and steely. Reeve as Superman is shockingly handsome, with a jawline straight out of the comic books, and yet he’s actor enough to make us believe in the worst secret-identity subterfuge ever: “Yeah, I’ll put on these glasses and no one will know the difference.” He’s also actor enough to say lines like “I’m here to fight for truth, justice and the American way,” make them work, and, at the same time, through this boy-scout persona, flirt with Lois Lane. That ain’t easy. In a way Superman is the straight man in his own film — the yuks are provided by Luthor, the cynicism by Lois, and both act more knowing and worldly than Supes — but then he knows something they don’t, and, more than his powers, you could say it’s the reason he’s as serious as he is. He knows what it’s like to lose a planet. Rest in peace, Superman. You made a cynical time believe a man could believe. 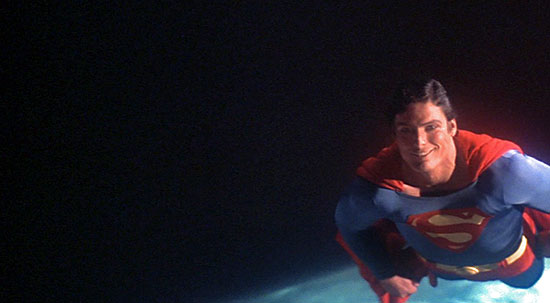 I remember casting a “Spider-Man” movie in my head about 1998 and thinking Leo DiCaprio would make a perfect lead. When friends objected, I said, “Listen, he’s young, thin and bankable. Beats the muscleman Hollywood will choose.” Oops. As soon as I heard their actual choice, I knew they were on the right track. You mean the nerd from “Ice Storm” who reads “Fantastic Four,” quotes the Human Torch and can’t get to first base with Katie Holmes? It was as if they’d cast some geek friend of mine in the role. It was as if they’d cast me. Although in his mid-20s, Maguire still looked like a high school senior, not to mention a science nerd. He looked like Peter Parker from the classic Steve Ditko era. He gave us PP’s wide-eyed sincerity, his general sweetness, which can disappear into a thousand tics when Mary Jane poses a direct question (“Why so interested?”). Peter Parker is the most internal of alter-egos, and Maguire lets us see his thoughts. “(Uncle Ben) never doubted the man you’d grow into,” Aunt May consoles him. “How you were meant for great things.” At first her words are salve for his guilt for letting the Burglar go, and thus, inadvertently, causing Uncle Ben’s death; then, without a word, you see him going deeper into what he must do. 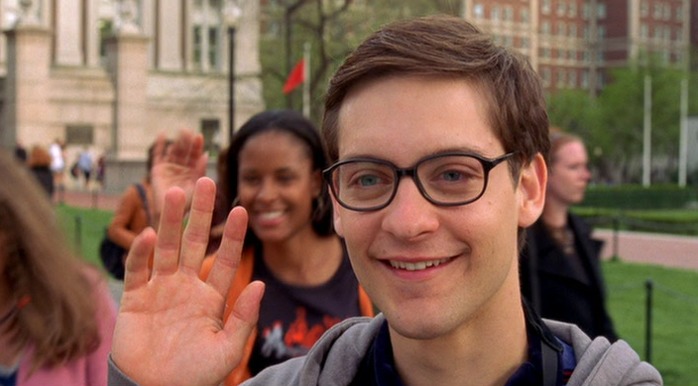 If you’d told me that Wolverine would be played by a 6-foot-2 1/2-inch song-and-danceman who would win a Tony for playing Peter Allen in “The Boy from Oz,” and was actually a last-minute replacement anyway (for Dougray Scott), I would’ve thought “Worst casting decision ever.” Instead, it’s one of the best. Jackman readily displays his heart of gold so he just needed Wolverine’s crusty outer layer. He got it. His looks, body and make-up were all perfect, but the key to the performance is in the eyebrows. He furrowed them throughout as if he were perpetually annoyed with the world. He kept them furrowed, forever dubious, forever watchful, even as he warmed up to Rogue (Anna Paquin) and Professor X (Patrick Stewart) and especially Jean Grey (Famke Janssen). Plus Jackman’s one of the few guys who can smoke a cigar and not look like an ass. Oh, and that song-and-dance grace actually came handy for those battles atop the Statue of Liberty. Snikt! 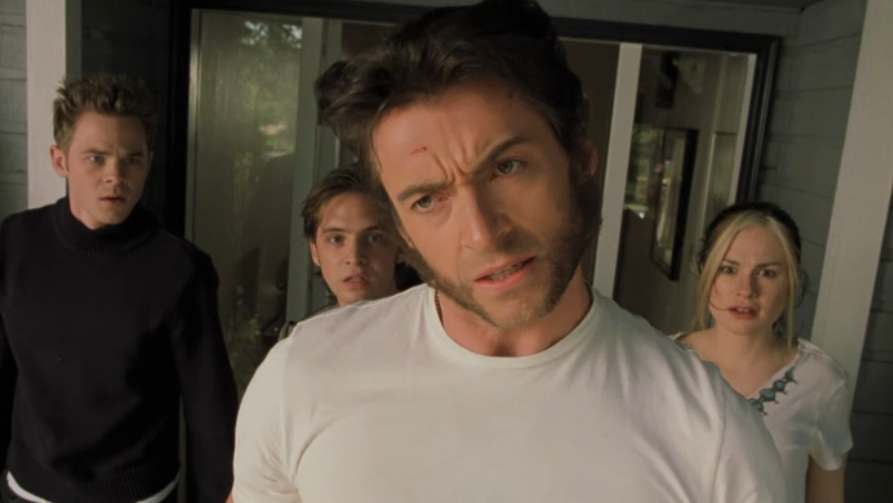 Why does Superman attract unknowns (Reeves, Reeve, Routh) and Batman established stars (Keaton, Kilmer, Clooney)? Something to do with Batman’s mask? The star can hide there. It’s also easier to take an unknown as Supes rather than, say, a guy you’ve seen killing a dozen people in another film. Batman could and should be dirty. I’m not a huge fan, by the way, of “Batman Begins” — it’s a little too relentless, everything is the same note, so you get the feeling of heading towards a climax that never arrives — but Christian Bale is the perfect choice for the caped crusader. He’s tall, dark, good-looking, and even before Batman, and certainly after, he tends to play intense, off-kilter guys, and that’s what you want for Bruce Wayne. This is a man, after all, who can do anything he wants with his wealth and chooses to put on cape and cowl and prowl the night in search of crime. He’s got to have a big chunk of himself missing. He’s got to be lost within his own passion. So why not use an actor lost within his own passion? See, for example, “The Machinist.”

Fairbanks wasn’t as handsome as Tyrone Power (who is?), or as imposing as Frank Langella, or as funny as Antonio Banderas, and the first time I saw this silent classic, his Zorro seemed doughier and more double-chinned than I thought he should be. Some will even argue that Zorro, without super powers, and battling tyranny with a foil from another century, isn’t a true superhero at all; that you might as well have Robin Hood or The Scarlet Pimpernel on the list. So why include him? It’s more than the fact that Fairbanks had grace and athleticism and was our first true action hero, or that Fairbanks cast himself as Zorro after reading a five-part story in “All Story Weekly” in 1919 called “The Curse of Capistrano.” It’s the influence the actor and the character — with his two personas: effete secret identity and dynamic hero — had on a young boy in Cleveland, Jerry Siegel, who, with Joe Schuster, 18 years later, would create a super character of their own. Without Fairbanks, would there have been a Superman? Without Superman, would there have been anything else on this list? 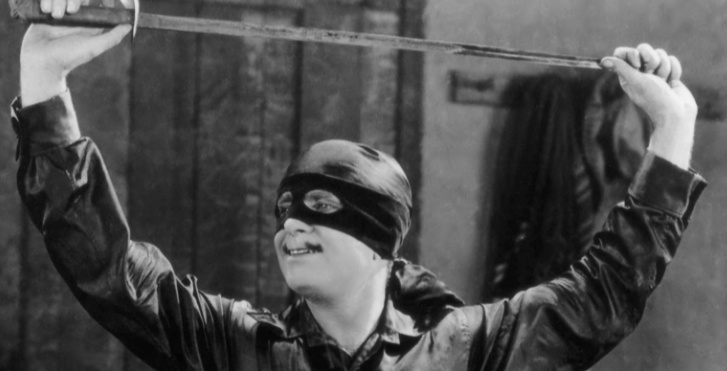 —This article was originally published in April 2008, before the release of “Iron Man,” on MSNBC.com.