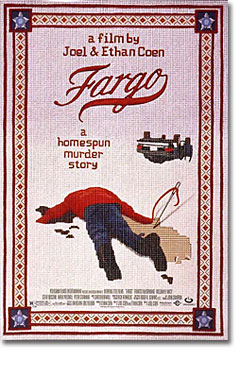 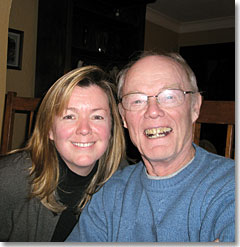 Since it opened dozens of friends and acquaintances have approached me, either tentatively — as if I were suddenly famous myself and they were about to proffer pad and pen for an autograph — or guffawingly. They’ll stop me in the hallway and ask the question. We'll be talking baseball and they'll ask the question. I'll pick up my paycheck and the cashier will ask the two-word question that has followed me around since last February: “Seen Fargo?”

They're not talking about the city. Fargo is, of course, the Academy Award-nominated film from Joel and Ethan Coen, the Minnesota brothers who brought you Raising Arizona and Barton Fink. In this one a car salesman hires two goons to kidnap his wife so he can use the ransom, paid by his rich father-in-law, to cover some bad business debts. Nothing goes quite right. In fact part of the dark humor of the film is that every instinct the car salesman has is wrong. He is a weak human being. a loser with a capital “L”.

What does this have to do with me? The car salesman's name is Lundegaard.

No one would have thought anything if our names had been Smith or Jones. But “Lundegaard” is a rarity this side of the Atlantic. It's so uncommon I've spent my entire life dealing with misspellings and mispronunciations. Teachers and friends invariably get it wrong. Phone solicitors botch it completely. “Is Mr. Lundgren there? I'm sorry — Mr. Lundberg?” Now somebody finally gets it right, right down to the double a, and they affix it to this schlemiel.

Yet it always seemed a dignified name to me: the tall, bookending “L” and “d”; the double “a.” It brought to mind my grandfather, a Dane, who was smart enough to smuggle it into America without spilling a letter. How many other families can say that? No bureaucrat with writer's cramp at Ellis Island said, “Well, your name is Lund now.” Or Lundberg. Or Smith or Jones. My grandfather didn't cave in to that all-American pressure to be bland. Double “a”! Get it right!

Women seem to agree. Last year I conducted an unscientific poll asking female friends whether they would take my name if we ever got married. I had always assumed a struggle with women over this issue, but, surprisingly, for about 90 percent of them, it wasn’t about gender politics. It was all about aesthetics. Was the name pleasing? Did it fit with their Christian name? And in this I prospered. Lundegaard: long, original, some dignity there. It gave me a sense of solace: that women who wouldn't even date me would at least take my name if we ever got married.

Now the Coens have screwed even this up. If Fargo becomes a classic it will be like asking a woman to change her name to Melish.

I can't even pretend that all of this has nothing to do with me. Because this car salesman, this Loser with a capital “L”, was actually named for my father.

No, he didn't hire two goons to kidnap my mother. His crime was more reprehensible than that. Between 1973 and 1986 he was movie critic for The Minneapolis Star-Tribune.

He wasn’t a bad critic, either. Sure, he panned Star Wars but that was his one big goof. He touted Satyajit Ray in 1978 and John Sayles after The Return of the Secaucus Seven. He articulated why, in Trading Places, Eddie Murphy's stereotypical street hustler seemed a real human being while Dan Aykroyd's stereotypical preppie was mere schtick. During the 1979 Academy Awards, when my movie Kramer vs. Kramer beat out his movie Apocalypse Now for Best Picture, he merely shook his head. “Fifteen years from now,” he said, “Nobody will be watching Kramer vs. Kramer but people will still pay to see Apocalypse Now.”

He had a talent for the low blow. In 1980 The Legend of the Lone Ranger was released with an unknown in the lead. “Klinton Spilsbury comes to the role with no acting experience whatsoever,” the press kit trumpeted. “And he leaves in the same pristine fashion,” my father responded.

Unfortunately he reviewed too many obscure foreign flicks to suit the revolving editorship at the paper. They wanted someone who liked what Hollywood had to offer. They wanted someone whose tastes were more in tune — to this or that percentile — with the average reader's. Thus in the mid '80s (a low decade for film anyway) he was unceremoniously shifted to general assignment reporting.

One would think that such a maverick critic might appeal to maverick filmmakers like the Coens. They even claim that naming this ineffectual man after my father was a kind of homage, and that the names of other local critics are featured throughout Fargo. But where? Someone mentions “Bill Diehl,” the former critic at The St. Paul Pioneer Press, but we never see his character. And what film critic was named Gunderson? How did they got the pregnant, heroic sheriff? Why did we get stuck with the car salesman?

Did my father pan their movies? No. He was only around long enough to review their first, Blood Simple, and called it “an intricate, ingenious story of passion and greed.”

Have other film critics come to my father's aid? Just the opposite. Last January Gene Siskel predicted there wouldn't be a better film all year than Fargo. This January he said it was one of his favorite movies of all time.

How is it that this hasn't happened before? That there are no assholes named Kael running around George Roy Hill's pictures? My father gets the shaft and Gene Shalot runs around scot-free? Where's the justice?

For his part, my father is rather tickled by it all. After the Twin Cities premiere of Fargo — to which real and phantom critics were invited — he went up to the Coens and joked, “You'll hear from my lawyers in the morning.” They responded with a joke of their own. “Hey, it's a common name.”

Of course if my worst fears come true — if the movie sweeps the Oscars and the car salesman is added to the pantheon of famous cinematic dweebs like Rupert Pupkin and Fielding Melish, and to be a “Lundegaard” and to act “Lundegaardian” become epithets among hip movie crowds — well, I've still got options. Hell, I've got a whole slew of them.

“Hello. Is Mr. Lundberg there?”

—originally published in The Minneapolis Star-Tribune