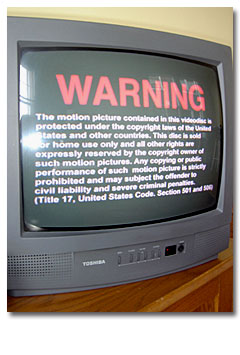 A Channel Surfer Heads for Shore

I finally gave up cable TV last month. I attempted to give it up on the first of the month but there was a corporate snafu (imagine) and after three weeks I was still getting it — and still getting billed — so I had to phone again. Their records: My cable was already canceled. My reality: No, it wasn't. Profuse apologies all around and a day later the channels finally turned to snow. As a Minnesota boy, I found this comforting.

The questions they asked when I canceled (the first time) were the inevitable break-up questions. What had they done? What hadn't they done? What could they do to help keep us together? I tried to think of an answer they couldn't answer. "I don't watch it enough," I said. "It's a waste of money." They answered anyway. How about a smaller package of select channels for only five dollars a month? For a moment I was intrigued. Then I realized the five dollars would probably be ten dollars (not pricey: annoying) and anyway I was ignoring the real reason I was getting rid of cable in the first place.

I watched too much. Less than most, probably, but more than I was comfortable with. Most days, after a long day of work, I'd come home, plop onto the couch, and flip through channels. I could waste an hour just flipping. There's a constant threat in all of those channels — Something better is on! Hurry! Hurry! — and even if I couldn't find anything, the process takes so long that by the end I'd think, "Well, there's gotta be something on now," and begin all over again.

An hour a day of channel-flipping meant nearly 30,000 hours if I lived to be 80. More than three years of my life thinking "Maybe MTV's showing a video now. Maybe they're talking baseball on one of the ESPNs. Hey, it’s five minutes before the hour. Different programs will be on soon. Let’s wait."

I used cable as an emotional equalizer when I was sad or angry. I used it as a portal to the outside world when I was lonely and didn't want to bother anyone with my loneliness. Of course TV tends to increase our fear of the world, making us less likely to go outside, making us more likely to turn on the TV when we're lonely and don't want to bother anyone with our loneliness. Eventually you become a shut-in. Barflies begin to look healthy in comparison. At least they're making an effort.

It had been a glorious day when I first got cable three years ago. The cable guy had just left, it was the middle of a weekday afternoon — on traditional TV, a wasteland of soaps, Jerry Springers and creepy PBS children's programming — and almost immediately I found a documentary on Gene Hackman. Here he was in Bonnie and Clyde. Here he was in I Never Sang for My Father and Scarecrow. They interviewed other actors about him and someone mentioned the little embarrassed look he gives Nick Nolte just before he's shot dead by Somoza's military in Under Fire, and how perfect and human it was, and how it made his death all the more sudden and tragic. "Is this kind of thing on all the time?" I wondered happily.

I finally got to watch "South Park" regularly — although most of my friends had already stopped. I became reacquainted with what the kids were watching on MTV — although I couldn’t abide the stylish rebellion in most videos and left the younger generation to the younger generation. I watched the success stories of rock stars (VH1) and movie stars (Inside the Actor’s Studio) and celebrities in general (Biography and E!), until I realized it was doing my own success story no good.

Sometimes I'd wander toward the educational channels — the C-spans and Book-spans — but they were so dry and formal, and the History channel couldn't get over World War II, and the hot female anchors on the news shows were too distracting, and before long I'd find myself back in the stuff of men's entertainment: Jaws, The Godfather, WWE. My attention span began to disintegrate. Even watching a DVD all the way through became a chore. I had to pause; I had to find out what else was on. How sad when you can't even be entertained for 90 minutes straight.

My final straw? Countdown shows. We ended last millennium with nothing but lists and carried that fixation into this millennium. Twenty-five sexiest men. One-hundred greatest rock albums. One-hundred and One Greatest Celebrity Oops. Criteria schmiteria. One Sunday afternoon I was flipping channels and debating what to do with the rest of my day when I landed on VH1, where they were on number 76 of the "100 Greatest One-Hit Wonders of All Time," hosted by William Shatner. I watched a few, then a few more. By the time they were in the twenties I had to wait out the #1 answer ("The Macarana"), and by then twilight was seeping into the room and something felt permanently lost. I thought of Hemingway's line about "the death loneliness that comes at the end of every day that is wasted in your life," and decided: No more. The programmers had won the battle but not the war. They'd sucked me in for the last time.

Now I'm down to six channels and flipping between six channels is like juggling two balls with two hands: not much entertainment in it. I still waste time, just not as much. Some conversations are beyond me again (Aqua Teen Hunger Force), but I can live with this. Democracy is all about choices and sometimes the best choice is fewer choices.