Why It Took Forever to Make Good Superhero Movies

Here's why “Superman: The Movie” and “Batman” were the only decent superhero movies until the year 2000. The scene takes place in 1986:

But once again, [Stan Lee] would learn, Marvel's fate lay in the hands of people who knew nothing about comic books. Out in Los Angeles, as soon as the sale was made, [New World Pictures' Robert] Rehme had summoned his vice president of marketing and proudly told him, “We just bought Superman!”

“No, Bob,” the vice president corrected him. “We bought Spider-Man.”

Rehme raced out of his office. “Holy shit,” he said. “We gotta stop this. Cannon has the Spider-Man movie!”

I suppose we should be grateful that Cannon Films, which produced “Superman IV: The Quest for Peace” and the 1992 “Captain America” movie, as well as “Death Wish II,” “III” and “IV” and “Breakin' 2: Electric Boogaloo,” never did make that Spider-Man movie. Although, per below, they were obviously doing more than thinking about it.

On the other hand, just imagine what a disaster it could have been. Such a gloriously awful disaster. 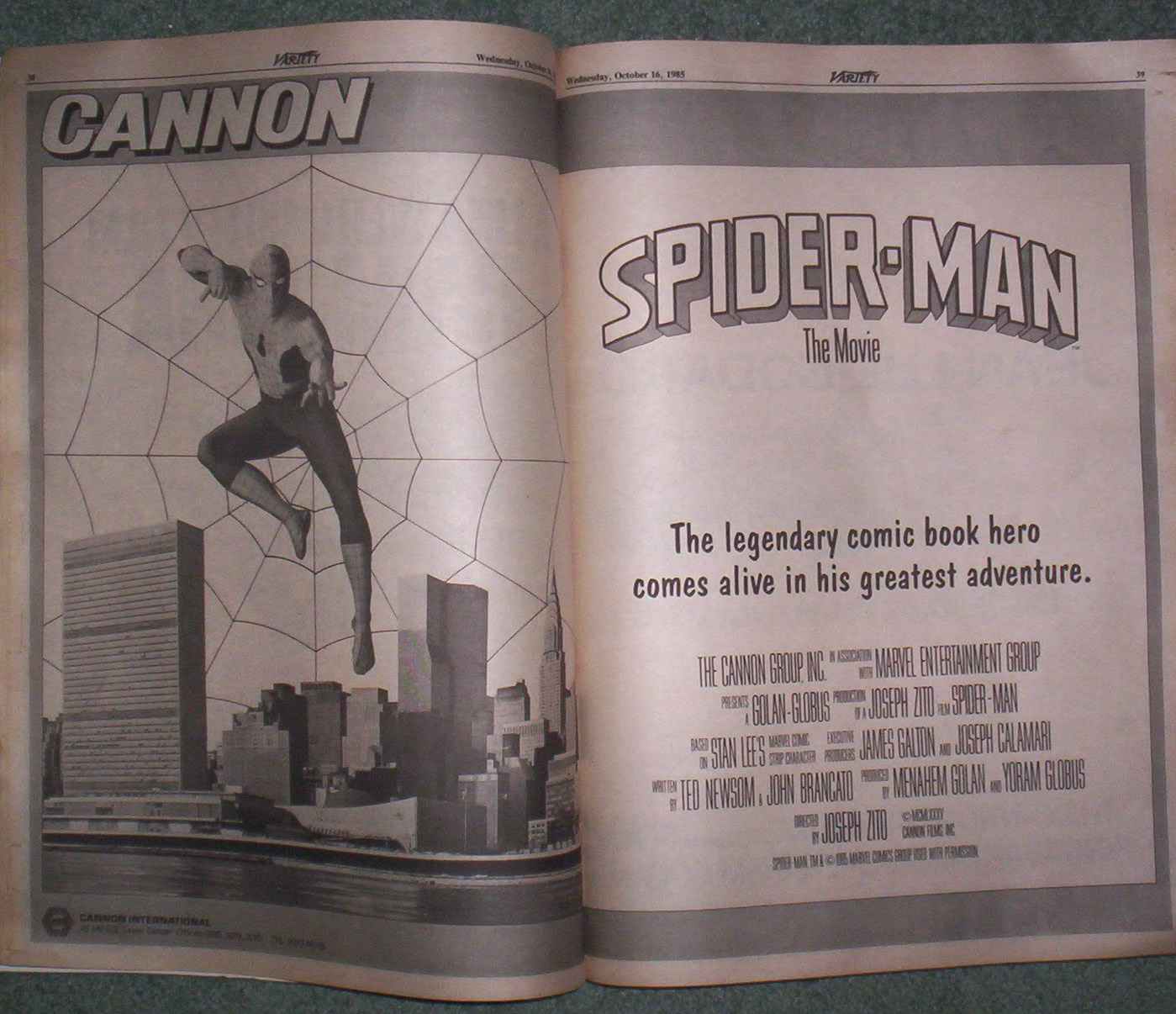 Don't forget to rank your favorite (and least-favorite) superhero movies.


Tags: Sean Howe, Marvel Comics: The Untold Story, Marvel Comics, Spider-Man, Golan and Globus
Posted at 06:19 AM on Tuesday July 23, 2013 in category Superheroes
« Quote of the Day   |   Home   |   Ranking Every Freakin' Superhero Movie Ever Made with Uncle Vinny »