What Is Peter Bogdanovich 'Known For'?

Peter Bogdanovich died last week at age 82. Here are some of the headlines: 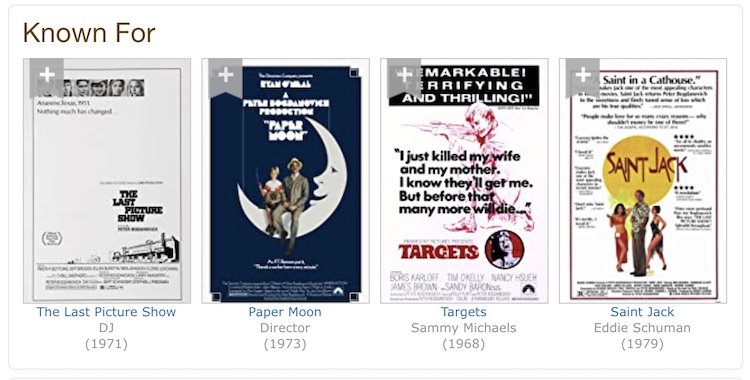 One out of four. Given IMDb's known-for history, I suppose we'll take it.