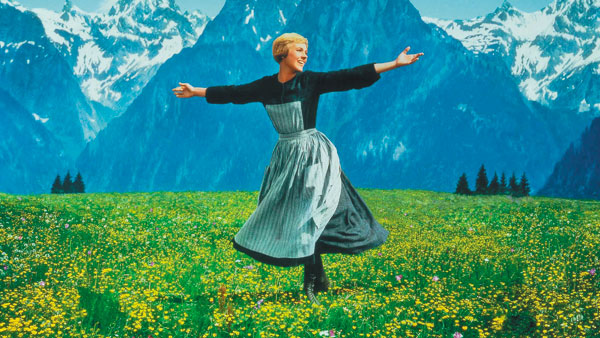 This post from the other day, in which I argued that Disney's “Frozen” has something in common with the most popular movies of all time—specifically a framework in which a girl has to choose between two boys against a backdrop of tragedy—sparked a not-bad discussion on Facebook.

A mother of three commented this way:

My girls love it because it's not the traditional “the prince saves the day” movie. They love the princess factor, but are beyond sold on the higher sister solidarity factor. And of course the music.

For my kids (and me), the sister/sister relationship was far and away the most important aspect of the film. The music and humor were the next tier of goodness. The 'choice' part was not really that significant to them--and in fact my girls specifically said they liked that the boyfriend storyline in the movie didn't matter much--particularly because (spoiler alert) Kristof was 'brotherized' until the very end, when Hans abruptly revealed himself as a jerk.

No doubt. But the choice factor isn't really big in most of the movies I mentioned. We all know Scarlett should choose Rhett, Rose should choose Jack Dawson. We're more split on Edward and Jacob, Gale and Peeta. And we watch all of these movies for reasons other than the framework. For “The Sound of Music,” it's the music and Julie Andrews. For “Gone with the Wind,” it's the operatic tragedy and the machinations; the single raised eyebrow and the fiddle-dee-dee. For “Titanic,” the special effects, the love, and the final sacrifice.

Yet the framework remains the same: a girl ... choosing between two guys ... against a backdrop of tragedy.

Is it ever reversed, by the way? Is it ever a guy choosing between two girls against a backdrop of tragedy?

Rarely among our most popular movies. In “Dr. Zhivago,” yes, Yuri has to choose between Lara (Julie Christie) and Tanya (Geraldine Chaplin) against the backdrop of the Russian Revolution; but more often, the girl, even when she's obviously the girl, is incidental to the story. It's either her or the adventure, and most heroes choose the adventure. Luke learns the Force, Moses ascends Mt. Sinai, Ben-Hur drives a chariot, Indiana finds the lost ark of the covenant. If they didn't, we'd want our money back.

I suppose that what's changed within the framework. The tragedy used to be historical and now it's fictional. And the girl chooses to act upon the world rather than have the world act upon her.