Weekend Box Office: How Amazing was the Opening for 'The Amazing Spider-Man 2'? 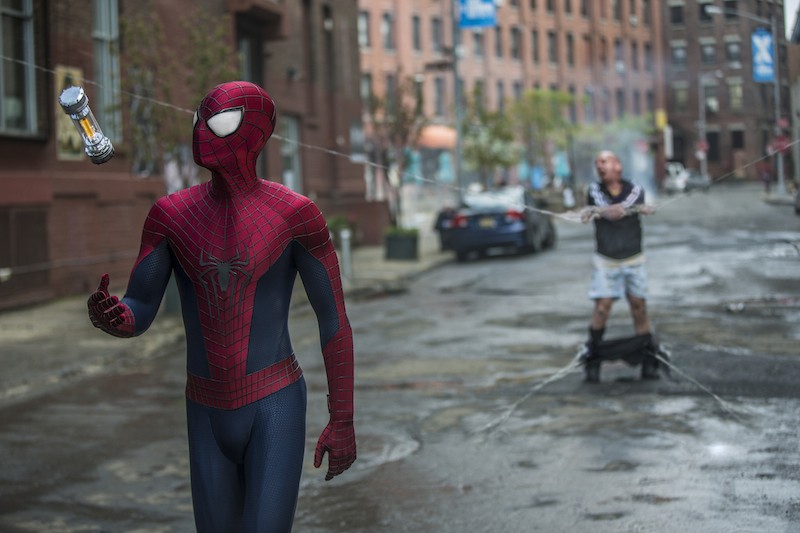 Spidey ties up the competition, but not like he used to.

No, not “The Amazing Spider-Man 2”’s open of $92 million, which is $22 million less than the opening weekend gross for the first Tobey Maguire “Spider-Man” 12 years ago. That’s unadjusted, by the way. Adjust and it’s $65 million less. So not good.

Sure, “Amazing 2” opened better than its predecessor did two years ago ($62 million in July 2012 ), but that’s because “The Amazing Spider-Man” actually opened on a Tuesday, and had already grossed $75 million by the time the weekend rolled around. So its first weekend totals were really sloppy seconds.

So what is amazing? That “The Other Woman,” last weekend’s winner, fell off by only 42% to land in a distant second place. Seriously, who are the women giving this movie good word of mouth? It’s awful. It deserves a quick, painless fall. I thought women had better taste than this. Or are boys going for Whatsherface.

The news doesn't get any better, since “Heaven Is For Real” wound up in third place. Damn. Do I have to see this thing now? I’ve already sat through “God’s Not Dead.” Isn’t that punishment enough? “Heaven,” with another $8.7, is now up to $65, while “God’s,” with another $1.7 and ninth place, is up to $55 million. On miniscule budgets. The Christian right says this means they have buying power and Hollywood should pay attention. But if Hollywood pays attention they’ll disown the movie as not being Christian enough. See: “Noah.”

OK, here's better news about a better movie: “The Grand Budapest Hotel” pulled in another $1.7 million (10th place) and is now less than a million from becoming the highest-grossing Wes Anderson movie, surpassing “The Royal Tenenbaums” ($52.3 million in 2001).

Worldwide this year, “Captain America” is first with $679 million, “The LEGO Movie” is second with $452 million, and “The Amazing Spider-Man 2” is already third with $379 million.

The rest of the weekend estimates here.