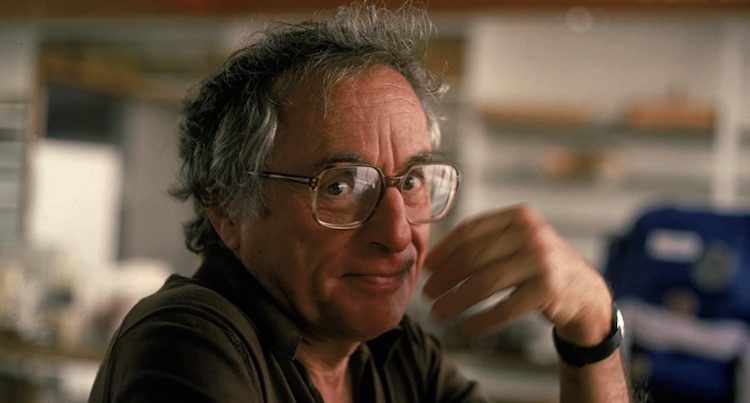 “They'll carry me off writing.”

Walter Bernstein said that to Variety in 2014 when he was 95 and still at it. Then he kept going. This is from his obit in The New York Times the other day:

Described in a 2014 Esquire profile as a “human Energizer bunny,” Mr. Bernstein was writing, teaching and generating screenplay ideas well into his 90s. Until recently, he had several projects in development. He created the BBC mystery mini-series “Hidden” in 2011, and he was an adjunct instructor of dramatic writing at New York University's Tisch School of the Arts until he retired in 2017.

Man, that's the way to do it. They'll carry me off writing.

We bonded last spring. Well, I bonded, he didn't know. I read his book, “Inside Out: A Memoir of the Blacklist,” and it was like finding a long-lost best friend. In the book he has a dry wit, a care for language, and a wise, shrugging sense of the tragedy of life. I keep trying to describe it and can't quite get at it. You should read it. I've been telling people that ever since. I've been buying it for people. Last November, in an email discussion after a Zoom cocktail party, friends were posting books they'd recommended, most of them recent, most topical, and Bernstein was my shrugging offering. “Probably not anyone's wheelhouse but mine, but...”

Last spring I kept posting excerpts from the book. I began with Bernstein's overall thoughts on the blacklist and on his own naivete about HUAC, so much like ours before Trump (“[They] seemed only stupid; I understood their bigotry but not their power), then incuded the origins of Red Channels and the experience of watching silent films during their heyday. That shock when sound came in. I kept finding vignettes, beautifully realized portraits of famous people: photographer Robert Capa, writer Ben Maddow, actors Bette Davis and John Garfield. I could've included a dozen more. The Garfield vignette could be an outline of a movie. Or it can be just what it is.

Bernstein went through war, then came home and went through a worse kind of war, since he was attacked by his own. That war is still going on in a way. It's both toned down (”liberal Hollywood“ rather than ”Red Hollywood“) and exaggerated beyond all meaning (”part of a global pedophile ring“).

Bernstein wrote for Yank during the war (he was the first western correspondent to interview Marshal Tito) and for The New Yorker afterwards. He went to Hollywood at exactly the wrong moment for a young communist and after he was blacklisted he spent the '50s back in New York City scraping a living and working in television pseudonymously, as he depicted in ”The Front,“ still the best movie about the blacklist. He wrote for ”You are There,“ and he was, and ”Danger,“ which he was in. Later he wrote an episode of ”Profiles in Courage,“ and he was that, too. He basically lost his thirties to right-wing paranoia, then flowered in his forties, fifties and sixties. He's the sole credited screenwriter on movies as diverse as ”Fail Safe,“ ”The Money Trap,“ ”The Molly Maguires,“ ”The Front,“ ”Semi-Tough,“ ”Little Miss Marker“ and ”The House on Carroll Street.“ He also directed ”Little Miss Marker,“ and he has a cameo in Woody Allen's ”Annie Hall.“ At the end, when Alvy sees Annie going into a screening of ”The Sorrow and the Pity," Bernstein is her date. He's with Sigourney, she's with Walter. They've each found other versions of each other. Nice work for a 57-year-old.

He missed, just missed, the mathematical beauty of being born in 1919 and leaving us in 2020. But I'm glad he stuck around until Trump ignominiously left office. I hope he was aware. I hope he toasted the moment.