Wait'll They Get a Load of Me: Ben Affleck as Batman

So the internet went apeshit yesterday over the photo director Zack Snyder tweeted of Ben Affleck in costume on the set of the new “Batman vs. Superman” movie: 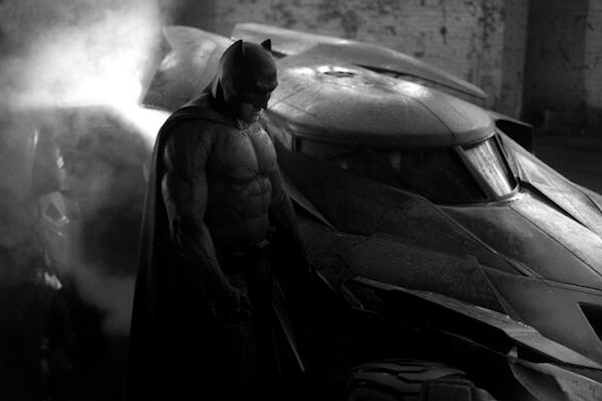 I like how Snyder used hashtags after the photo: #Batman #Batmobile #Gotham. As if the news wouldn't have gotten out otherwise.

I have qualms about all of this, of course. One, Batman vs. Superman is always a stupid concept, since Batman can barely hold his own against the Joker and Riddler, and Superman is, you know, Superman: superstrong, invulnerable, heat vision, flight, etc. Two, it's still Synder, and Snyder's never directed anything decent. The opposite, usually.

And three, Affleck, for all of his talents, doesn't project the intensity Batman is supposed to have. Here's something I wrote in 2008:

Christian Bale is the perfect choice for the caped crusader. He’s tall, dark, good-looking, and even before Batman, and certainly after, he tends to play intense, off-kilter guys, and that’s what you want for Bruce Wayne. This is a man, after all, who can do anything he wants with his wealth and chooses to put on cape and cowl and prowl the night in search of crime. He’s got to have a big chunk of himself missing. He’s got to be lost within his own passion. So why not use an actor lost within his own passion?

Has Affleck projected this in any role? He feels sleepy to me. The best acting I've seen him do was as George Reeves, TV's Superman in the 1950s, which was about the absurdity of a grown-up playing a strong man in tights. Now that's the norm. Now that's the goal. Which is the biggest qualm of all.

Oh well. As the saying goes: “Be yourself. Unless you can be Batman. Then be Batman.” 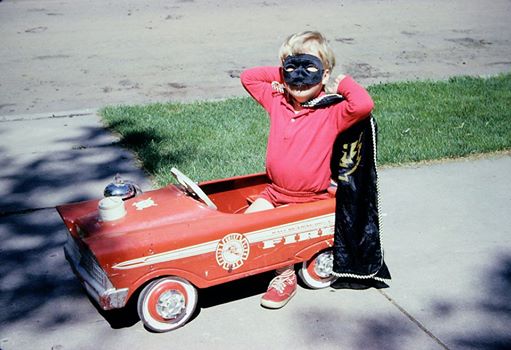 This is me in about ... 1967? During the Adam West Batman craze, no doubt. The cape is Batman's, the mask is Robin's, the belly is all mine.