The Minneapolis Star-Tribune reported yesterday that former AL MVP Justin Morneau has been elected to the Minnesota Twins Hall of Fame. Good for him.

Afterwards, I went to the Twins site and checked out their other Hall of Famers. Apparently they began the Hall in 2000 and this was their inaugural class:

It's basically who you'd expect, give or take a Calvin.

Who votes for the Twins Hall? The Strib article doesn't say but Betsy Helfand over at the St. Paul Pioneer Press does. 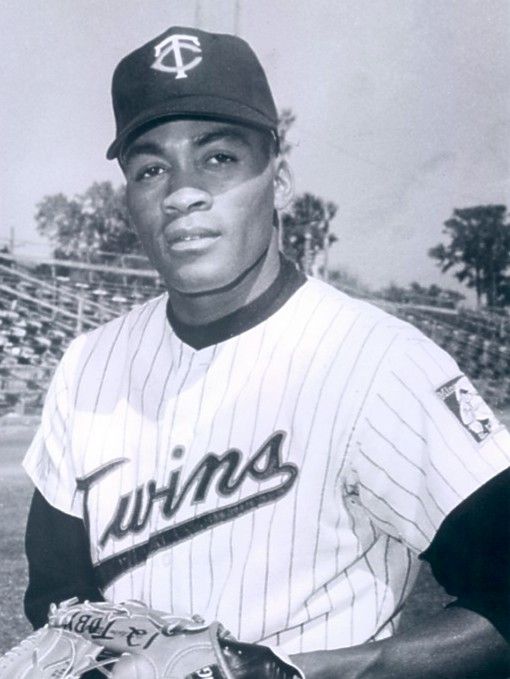 Quoting Twins president Dave St. Peter, she writes that Morneau was elected “by a 71-member voting committee which consisted of Upper Midwest media, living Twins hall of famers, team historians and members of the organization.”

They‘ve added to the Hall just about every year, but no more than two a year, although they seemed to have taken a break this decade. Just four guys after 2014? No. They’d just taken a break from updating their Hall of Fame page. Johan Santana was actually added in 2018, and Joe Nathan and former Twins president Jerry Bell (1987-2002) joined in 2019. Morneau is the Hall's 34th member and 23rd player.

All well and good. Except for this: Where's Cesar Tovar?

Plenty of his teammates are in. Not just Killebrew and Oliva but Earl Battey, Jim Perry, Zoilo Versalles and Camilo Pascual.

But no Cesar Tovar.

Turns out I was late to this fight. Fans began making the case years ago. Longtime local sports scribe Patrick Reusse has been making it even longer.

Should Tovar go in? Yes. Here are some voices in his favor.

Harmon Killebrew: “The man was a dream to hit behind. A truly great leadoff man who always seemed to be on base and who distracted the pitcher enough to benefit everyone who batted behind him.” He added that Tovar was the teammate who never got enough credit. Plus ca change.

”Tovar was my little leader,“ 1969 Twins manager Billy Martin wrote in his 1981 autobiography. ”He was the guy who got everyone going. When I wanted him to push Leo [Cárdenas] a little bit or if Rod [Carew] was getting down and I needed someone to give him a boost, I'd get César to do it.“ When Martin became manager of the Rangers, he told ownership, ”Get me César Tovar. The little guy can beat you so many ways—his bat, his feet, his brains, his hustle.“ When Martin became manager of the Yankees, he got Tovar again.

As a Twin, over seven full seasons (1966-72), Tovar hit .281 with a .337 OBP. He got MVP votes five of those seasons. He led the league in hits in 1971, and in doubles and triples in 1970. He's the last Major Leaguer to lead the league in doubles and triples in the same season. In 1969, he broke up two no-hitters against the Orioles in the 9th inning. In 1968, he played all nine positions in a single game. Bert Campaneris had done it a few years earlier for the A's and was rewarded with a car. Calvin gave Tovar a TV set.

What about advanced stats? How does he do there? Not poorly, it turns out. Here's the list of players who made the Twins Hall, ranked by the bWAR they earned while they played for Minnesota, and where Tovar would place on that list: