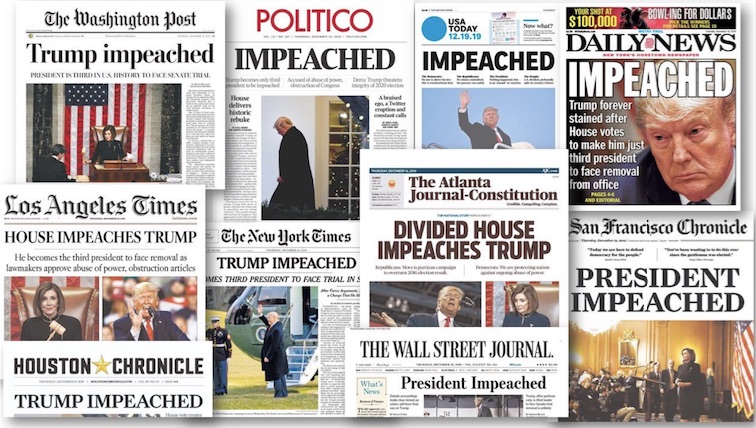 Not really, no. The mere fact of his presidency is a stain on American history and western democracy. Plus he's still in power. He's learned nothing. (He's incapable of learning.) And he's protected by a Republican-majority Senate led by a thoroughly corrupt, wholly partisan shitsquib from Kentucky, one-time NeverTrumpers turned Trump lackies like Lindsey Graham, and the usual right-wing white-noise machine at Fox News, et al.

But it's a start.

Special shout-out to NPR's Mara Liasson, who, in May 2017, after the Comey firing, said the following:

On the left, I think they are in the grip—many people, critics of him—are in the grip of this delusion that he's going to be impeached, or that we‘re in a full-fledged constitutional crisis. So this is a phenomenon of our very tribalized politics.