Trump: ‘Fuck the law. I don’t give a fuck about the law. I want my fucking money.'

Michael Lewis' new book, “The Fifth Risk,” is about how the Trump administration, through idiocy or intent (I‘ve only just begun it), is attacking the agencies of our own government; and it begins with the formation of Trump’s transition team, headed by Gov. Chris Christie, in the summer of 2016. Again, Steve Bannon seems to be a source. Christie as well. 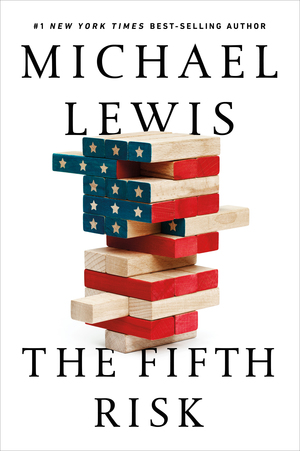 Some basics. Our taxes pay for offices and computers for both major party nominees to create transition teams so the wheels of government can run as smoothly as possible as one adminstration, from the same or opposite party, transitions to the next. So most of it is paid for. The nominee merely needs to foot the bill for staff. Christie was tapped not only to run the team but raise the funds. And that's where he ran into trouble with Trump.

The first time Donald Trump paid attention to any of this was when he read about it in the newspaper. ...

Trump was apoplectic, actually yelling, You‘re stealing my money! You’re stealing my fucking money! What the fuck is this?? Seeing Bannon, Trump turned on him and screamed, Why are you letting him steal my fucking money? Bannon and Christie together set out to explain to Trump federal law. ...

To which Trump replied, Fuck the law. I don't give a fuck about the law. I want my fucking money. Bannon and Christie tried to explain that Trump couldn't have both his money and a transition. Shut it down, said Trump. Shut down the transition.

It was only when Bannon suggested that such a move—shutting down the transition team in the middle of the campaign—might signal to the media that was throwing in the towel; that he felt he couldn't win. So Trump went forward with it. But he wasn't happy. Because money.

Once Trump won, the whole thing fell apart again. Christie was fired because he'd prosecuted Jared Kushner's father in 2005 and Jared (and Ivanka?) holds grudges. The family took over ... and botched it completely. Lewis includes an amazing scene at the Dept. of Energy where, the day after the election, everyone is waiting for members of Trump's transition team to arrive and be briefed. That's what happens. In 2008, for example, the day after Obama won, 30 members of his transition team showed up. Want to guess how many members of Trump's transition team showed up the day after his victory? Yes, it was less than 30. It was less than one. It was nobody. The following day as well. And it wasn't just at Energy. It was across the board.

Lewis' book is a reminder of a few things that we need to be reminded of—constantly. Trump, the most powerful man in the world, doesn't just not know what he doesn't know; he actually thinks he knows it better than anyone. He told Christie this: “Chris, you and I are so smart that we can leave the victory party two hours early and do the transition ourselves.”

The book is also a reminder of how important and necessary government is. To me, it feels like a legitimate antidote to Reagan's argument that government is the problem. It feels like the argument Democrats should have been making 30 years ago and most definitely should be making now.