I'm writing a piece for my alumni magazine on a campus organization dedicated to the Marx Brothers, the Marx Brotherhood, which I belonged to in the late 1970s—before I was in college—and so rewatched some of their movies. They still make me laugh.

But one of the more startling moments came in an otherwise throwaway scene in “Horse Feathers.” Zeppo, playing Groucho's son, is about to visit “the college widow,” Connie Bailey (Thelma Todd), with whom he's having an affair, but runs into her maid, Laura, beforehand. They exchange pleasantries and Zeppo takes the breakfast tray from her and brings it to Connie himself.

What's startling? The maid is played by a pretty black actress, Theresa Harris, and contains none of the stereotypes associated with the era and the role. The performance, as small as it is, seems decades ahead of its time: 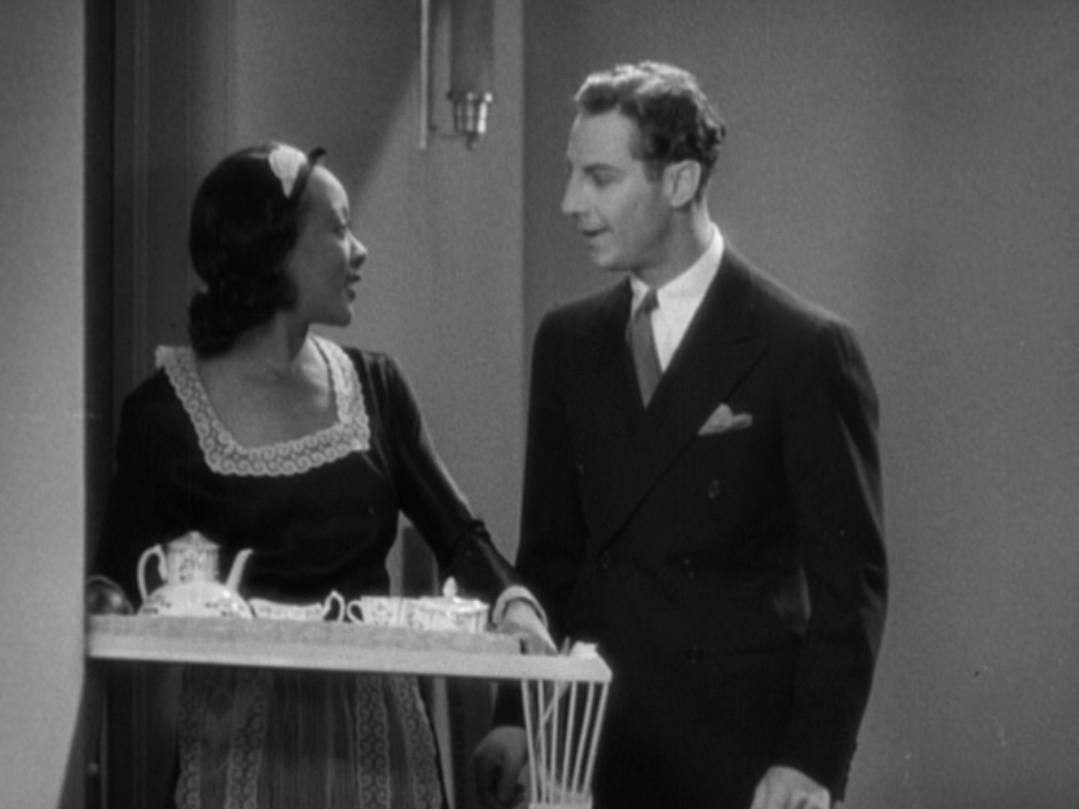 Apparently Theresa Harris was born in 1909, appeared in 81 movies, including “Baby Face,” “Jezebel,” and “Cat People,” and stopped acting in films just after Montgomery and just before Greensboro. She died of natural causes in 1985.

Has anyone written a book about her? A quick Internet search (Google, amazon) reveals bupkis.