The Sunday New York Times, print edition, had a great section—section, kids—on the Oscars. All yer Oscar news is one spot. You just flip pages.

First, the front page of the section explicated three great scenes from 2009: Dargis on one of the bomb defusings in “The Hurt Locker” (good brief history of the zoom, too); Holden on “The Messenger” (which, in November, was playing a block from where I work, but which I criminally never saw); and my favorite of the bunch, A.O. Scott on the snowball fight in “Where the Wild Things Are” (a truly underrated film that will hopefully get more attention). I'm a fan of these kinds of scene explications. I've done a few myself.

The section also included an appeal for a Doris Day Oscar (whatever), Mo'Nique's refusal to politick for an Oscar (whatever whatever), and Terrence Rafferty on George Clooney (now we're talking!):

When he finally found a role in which he looked entirely at ease, it was in a film that was neither a standard-issue piece of studio entertainment nor quite an offbeat indie, but something in between: Steven Soderbergh’s tricky comic caper movie “Out of Sight” (1998), based on a novel by Elmore Leonard, and with all the noirish eccentricity that implies. Mr. Leonard’s skewed world, in which competence, wit and unfussy romance are highly prized — and constantly endangered, because there are always way too many thugs and morons about — turns out to be an environment in which Mr. Clooney (if not his character) can thrive.

His performance is all sly looks and bone-dry readings, held together by a general air of barely contained exasperation at the antics of the fools and knaves who surround him. And although he’s a thief and an escaped convict, he looks with undisguised admiration at the United States marshal who’s trying to bring him to justice: she knows her job, and she’s Jennifer Lopez besides.

His style in “Out of Sight” is too elusive, too stylized — it’s like lowlife Restoration comedy — to serve as a repeatable, bankable star persona, but it’s the foundation, in a way, for everything good he’s done since then, the theme on which he works his small, increasingly subtle variations. The larcenous gulf war soldier he plays in David O. Russell’s inventive “Three Kings” (1999) is a tougher, slightly bitterer version of his “Out of Sight” character, and it fits.

On the back page we get the annual, “And the Oscars Should Be...,” which is always fun because it's so disagreeable—in the sense that the three Times critics rarely agree with each other. Even with 10 options for best picture this year, only one film showed up on all three ballots: “The Hurt Locker.” My tastes run with Ms. Dargis' here: “Summer Hours,” “Avatar,” “The Hurt Locker,” “Where the Wild Things Are,” and “The Informant!” All the 22 films listed are good, though. Well, I still don't get the critical love for “District 9.” A.O.

But I'm with A.O. on best director: Assayas, Bigelow, Cameron, Coens, Soderbergh. (I wonder why no one picked Jonze as best director, though, since two of the three chose “Where the Wild Things Are” among best pics. That kid didn't direct himself, people.) Does Manohla get intentionally quirky with her acting choices? George Clooney for “Fantastic Mr. Fox”? Zoe Saldana for “Avatar”? James Galdolfini for “Wild Thing”? Two voice performances and a voice/movement performance. Maybe she's making a comment about modern acting.

The only actor on all three lists? Colin Firth for “A Single Man.” No actress makes all three. Ditto the supporting roles. Original screenplay? Just Mark Boal for “The Hurt Locker.” Adapted? Rien.

Eight categories, 45 slots, and they agree on just four. Fun!

It's made me begin to think about my choices. (McKay will most likely get a supporting actor nod from me, for example.) What about you? Where are you disagreeable? 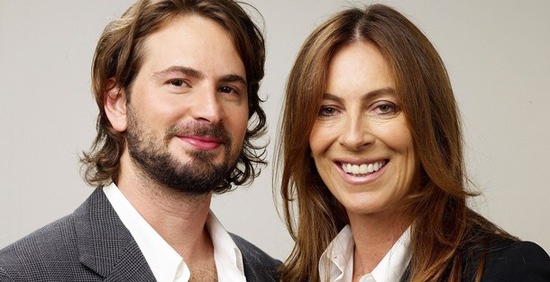 Boal and Bigelow: Two of the four that the three agree on