The 2014 San Francisco Giants Were Never the Story; They Just Got in the Way of the Story 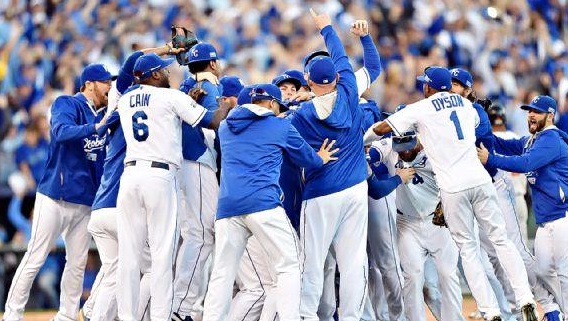 “You may glory in a team triumphant, but you fall in love with a team in defeat.”

I might as well get this out of my system.

After the Kansas City Royals lost Game 7 of the World Series to the San Francisco Giants last night, I posted various tempered vitriol on the usual social media sites, such as:

Congratulations to the San Francisco Bumgarners, winners of the 2014 World Series!

Well, at least I won’t have to listen to Joe Buck for another 11 months.

But it was the comment below that resulted in the most backlash:

Many were confused. People who should know better, to be honest. So for them I’ll add this: Think of all the baseball movies about an underdog team of ragtag losers who suddenly band together and eke out win after win on their way to the championship.

Now think of all the great baseball movies about the championship team that smoothly wins its third title in five years.

This year, the Kansas City Royals were a great story. A team that hadn’t tasted the postseason—even a wild-card spot—in 29 years winning one improbable game after another with speed, luck and a helluva great bullpen. They were a bunch of young guys who began to believe when no one else would. And they cut a swath through the postseason like Terrance Gore cutting a swath from first to second. In a way, it doesn’t matter that they came up 90 feet short. It doesn’t matter that they ran into the thick sweaty wall of Madison Bumgarner. It’s the Royals we’ll remember.

People are talking up a Giants dynasty now. Sure, why not. Three in five years. But dynasties are never a story. Remember that great Yankees team from 1950? Or was it ‘52? Hey, what about 1951? That was the year of the New York Giants great August/September comeback, punctuated by Bobby Thomson’s improbable three-run homerun in the bottom of the 9th in the Polo Grounds on October 3rd to give the Giants a 5-4 win and the National League pennant. The Yankees wound up winning the World Series that year but they were a footnote. They weren’t the story; they just got in the way of the story. See Don DeLillo and “Underworld.” See “Pafko at the Wall.” See Roger Kahn and this quote from: “The Boys of Summer”: “You may glory in a team triumphant, but you fall in love with a team in defeat.”

So once more with feeling: Congratulations to the 2014 San Francisco Giants. May its fans glory in its triumph. But they weren’t the story; they just got in the way of the story.

See you next year.