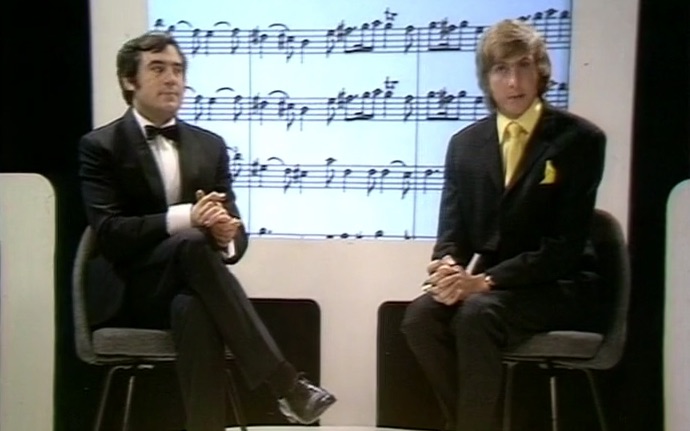 He was the member of “Monty Python's Flying Circus” that was most often overlooked. Maybe that's why I liked him. Cleese was loud, Idle cute, Palin happily nonsensical. Cleese and Palin often teamed up on the show's most famous sketches: “Dead Parrot” and “Cheese,” for example. Cleese did his silly walks and cutting voice, Palin did the “lumberjack song.” Jones? I think he did drag better than any of them. I still remember his dowdy housewife coquetteishly picking the next sketch: “Ooh, a Scotsman on a horse.” I think he was the lead granny from the granny gangs that imperiled the town.

He was often the victim—and often to Eric Idle. He was the poor man getting nudge-nudged, for example. One of my favorite sketches was Idle interviewing Jones' Arthur “Two Sheds” Jackson, a composer who only wanted to talk about his music but was forever doomed to be asked about his nickname. “Then you'd be Arthur ‘No Sheds’ Jackson” is one of the funniest lines I‘ve ever heard.

“Python” was on the air in Britain from 1969 to 1974 but didn’t wind up in the states until the mid-1970s. It was PBS. Was it a Sunday night ritual Chris, Dad and me? It was definitely a ritual. We seemed to agree on nothing, emotionally, but we agreed on what was funny. We knew what was funny: Marx Brothers, Woody Allen, SCTV, Reginald Perrin, and Monty Python.

The Times has a nice write-up. Jones was a Chaucer scholar. He co-directed “Holy Grail” and “Meaning of Life, and directed ”Life of Brian,“ their most controversial. His most famous character is probably Mr. Creosote, the disgustingly fat man who explodes after a ”waffer-thin“ mint in ”Meaning of Life.“ Sure. But he'll always be ”Two Sheds" to me.