Stat of the Day

“How bad has Seattle's offense been in recent seasons? The Mariners scored 106 more runs in 2012 than they did in 2010 ... and still finished last in the AL in runs scored.”

-- David Schoenfield, in his post, “Offseason report card: Mariners” on the Sweet Spot blog on ESPN.com. I've written about the Mariners' dismal offense a lot—it's what we have—but eventually we have to break free from this, right? At least Schoenfield thinks so. He predicts the M's break .500 in 2013. 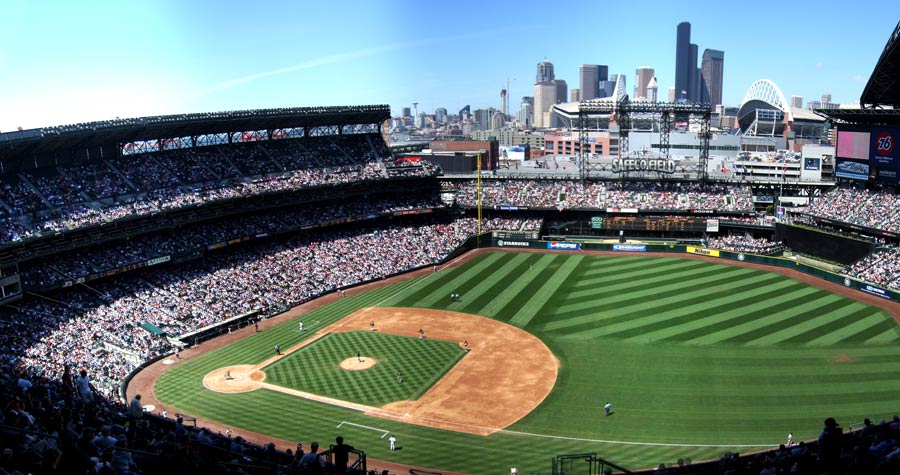 Fences in, Dustin and Justin a year older, the addition of Kendrys and Raul and the subtraction of Chone: so maybe the M's won't finish last in runs in 2013?

Tags: Seattle Mariners, David Schoenfield
Posted at 04:20 PM on Monday February 18, 2013 in category Seattle Mariners
« Why is FDR Hanging with the Three Stooges? Everything You Didn't Want to Know About Screen Portrayals of U.S. Presidents, and Didn't Ask   |   Home   |   GOB Bluth (Kevin) Ranks the Best Pictures: from 'The Godfather Part II' to 'The Greatest Show on Earth' »