Sid Gillman and Me 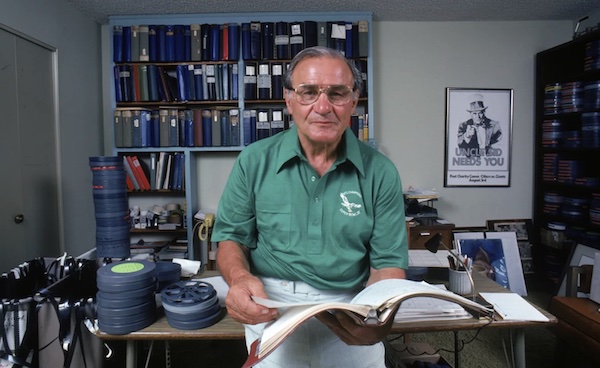 Joe Posnanski is counting down his top 101 football players—to go along with his top 100 baseball players—and two months ago he landed on his No. 46 pick, Lance Alworth, who should be there for his name alone but of course has some pretty impressive stats. His career was ending about the time I began to watch the NFL, but I remember the reverence with which he was spoken.

Some of Poz's piece talks up Alworth's Chargers coach, Sid Gillman, who remade the NFL by focusing on the passing game. He was also one of the first coaches to buy his own movie projector (for $15) and use it to watch football film; to figure out what should and shouldn't be done. Poz adds this story:

In 1991, when Sports Illustrated's Paul Zimmermann went to see the master, he found Gillman in a dark room watching film, even though he was 80 and no longer coaching.

“Sometimes,” Gillman said, “I think, Why am I doing this? I'm almost 80 years old. Why am I evaluating these quarterbacks?” And then, after letting the thought sink in, he would say, “Well, why not? What else would I be doing?”

I was never a football player and stopped watching the NFL seriously after 1980, so it's odd seeing a sliver of myself in such a legend—a coach who reinvented the most popular sport in America. But there I am. Why am I doing this? I'm almost 60 years old ... Well, why not? What else would I be doing? That's probably most of us at the end of the day.