Scene at a Barnes & Noble II

Scene: The Barnes & Noble on the Nicollet Mall in downtown Minneapolis three days before Christmas. I enter the store for the second time in the span of an hour to buy a DVD (“How to Train Your Dragon”) for my nephew Jordy. That's when I spot an author table near the door. The table is small, the author ready, no one is paying attention. Too bad, I think. Wonder what the dude wrote? Then I see the book propped up around the table: 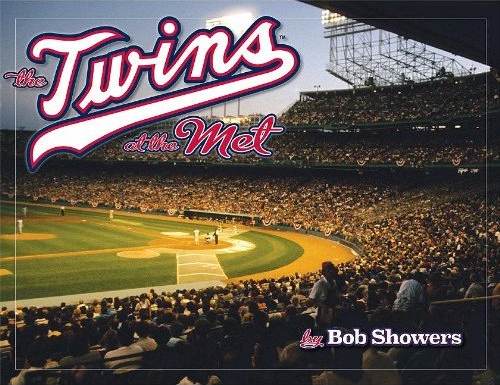 I go over, pick up the book, leaf through it. I exchange pleasantries with the author, Bob Showers. He begins to explain how the book came about.

Bob: I contacted the Twins organization for official photos from the period. See these? I got all of these from the Twins. Then I brought them along when I interviewed the players to jog their memories.
Me: Oh, so it's an oral history, too. Wow, you interviewed Killebrew?
Bob:  Yep.
Me: Hey, has anyone written a biography of him?
Bob: Well, biographies have been written, back in his playing days, but...
Me: I'm talking about a big bio, like Mays and Aaron just got, but about Harmon. There'd be less interest nationally, of course, but ... I don't know. All the more reason to do it. I'd like to read it anyway. Hey, the Beatles!
Bob (nodding): Beatles played at the Met in '65, Eagles in '78.
Me: I remember that concert. The Eagles, not the Beatles. God, great photos. Cesar Tovar, Rich Rollins, Ted Uhlander. Love the '60s uni. That “Twins” script and the TC caps. Hated it when they went to the red cap and the beltless stretch pants in the mid-seven- ... Holy crap!
Bob: What?
Me: It's ... me.

I'd come across a photo that I knew well but hadn't seen in decades: Dave Edwards, on June 13, 1979, bounding toward the Twins dugout after hitting a late-game, two-run homer to give the Twins an 8-6 lead over the New York Yankees. The shot is from behind so you can see his name and number (33), the Twins players in the dugout, including Kenny Landreux and Johnny Castino, smiling and ready to congratulate him, and about ten rows of cheering fans. The photo made the front page of the sports section of The Minneapolis Tribune the next day, and I kept it for years, because I was in it. Me, my father, and my friend Dave Budge sat in row 8 that night.

I look up. By now we've drawn a crowd.

Me: Yep.
Observer #2: Right. Sure, that's you.
Me (vaguely amused): Why would I make that up?
Bob: The guy in front of you is wearing a CheapTrick concert T-shirt. When was the photo taken? June 1979? I bet he was at that CheapTrick concert at the Met around that time.

I flip through more pages. I'd planned on buying it anyway. Now it's a done deal. Me and two other guys start talking about the last Twins game at Met Stadium. Turns out we were all there.

Me: How odd. Because that crowd was, like, sparse.
Observer #1: Less than 25 thousand.
Bob: 15 thousand.
Observer #1: That low?
Me: Right? So it's weird that 30 years later three of those 15 thousand would be in the same Barnes & Noble at the same time. Weird but cool.

If you're at all interested in the book, you can buy copies here or here. Bob Showers' Web site is here.

And remember to check out author tables. I'm not saying you'll find yourself but you never know. 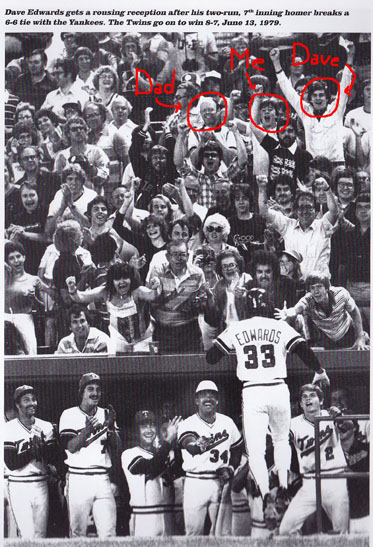