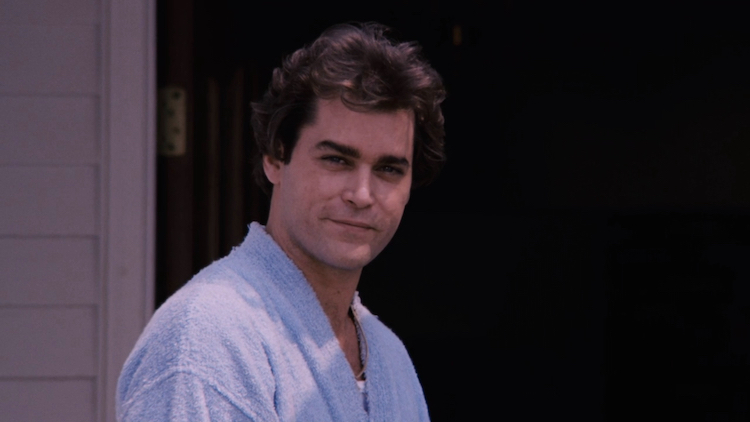 He didn't get an Oscar nomination for “Goodfellas”—he was never nominated, in fact—but Pesci did, and won, and his career took off. Liotta? I'm looking at his IMDb page right now and the early '90s are full lof lead roles in forgetful movies. In “Article 99” he plays a compassionate doctor working with vets. In “Unlawful Entry” he plays a creepy cop obsessed with Madeleine Stowe. In “No Escape” he plays an Army captain convicted of murder and sent to a hellish prison. In “Corrina, Corrina,” he plays a 1959 widower who hires Whoopi Goldberg as a nanny. In “Operation Dumbo Drop,” he plays an Army captain who delivers an elephant to a Vietnamese village. I didn't see any of these movies. I doubt many people did.

I saw “Copland,” with Stallone, but... Apparently he was on a killer good episode of “Just Shoot Me,” playing a Christmas-obsessed Ray Liotta. Then bits and pieces in other people's movies: “Blow,” “John Q,” “Bee Movie,” “Observe and Report,” “Sin City 2,” “Kill the Messenger.” Sometimes he popped, sometimes he didn't. He did for me in “Marriage Story,” as the 40th-floor attorney who is too cutthroat for Adam Driver until his own nice-guy lawyer, Alan Alda, gets burned. Then Driver says, “I need my own asshole.” Cut to Liotta. He should've played these roles more: fierce guys who cut through the shit.

He puffed out in his later years and his piercing eyes seemed smaller in his head, but when he was young he was beautiful. Apparently he died in his sleep in the Dominican Republic filming another movie. “And now it's all over,” as Henry Hill said. Just 67. Another guy in his 60s.