Ranking the Sad, Orwellian, Burt-Reynolds-in-a-1970s-Car-Chase-Movie Codenames the GOP Candidates Chose for Themselves 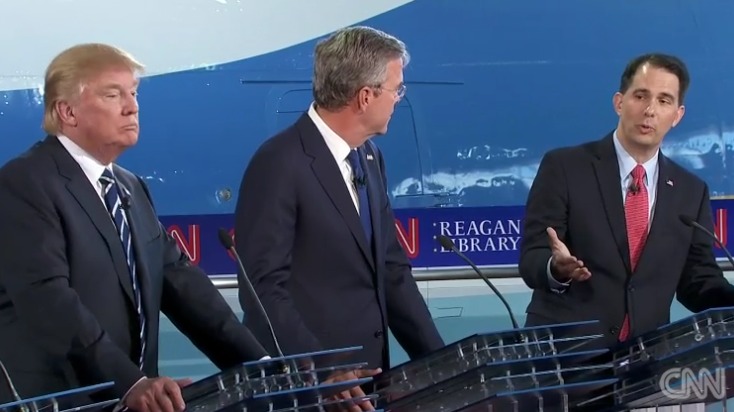 I didn't watch the GOP Debates last night. I had somewhere else to be, better people to see, different drinking games to play.

But I liked one of the questions posed to the candidates: If elected, what would they want their Secret Service codename to be?

So Orwellian it makes Orwell throw up

Or a '80s Sylvester Stallone flick directed by Robert Rodriguez

A bigger lie than Trump's lie

You can dismiss all the “ones” as forgettable, and all the guys trying to associate themselves with motorcycles and cigars and huntin' as pathetic. Jeb's is sad, too, trying to associate himself with his opposite and thus coming off like a Glee Club president.

Trump? Well, he's obviously enjoying himself with that one. He's obviously thumbing his nose at anyone who gives a shit about holding these guys, and this forum, to any kind of standard. He's saying, “I play by my own rules.” It's beyond Truthiness. It's Trumpiness.

But I give Fiorina the prize for worst answer. When I'm low, I watch the 1973 Belmont Stakes to pick me up; to remind myself that greatness exists. Fiorina is assocating herself with the greatest racehorse who ever lived and right now she isn't even in the race. I wouldn't even associate her with Secretariat's great rival, Sham, because Sham was a helluva horse. Think about that: Fiorina isn't even close to being a sham.

Oh, and for the record, my Secret Service codename would be YankeesSuck.