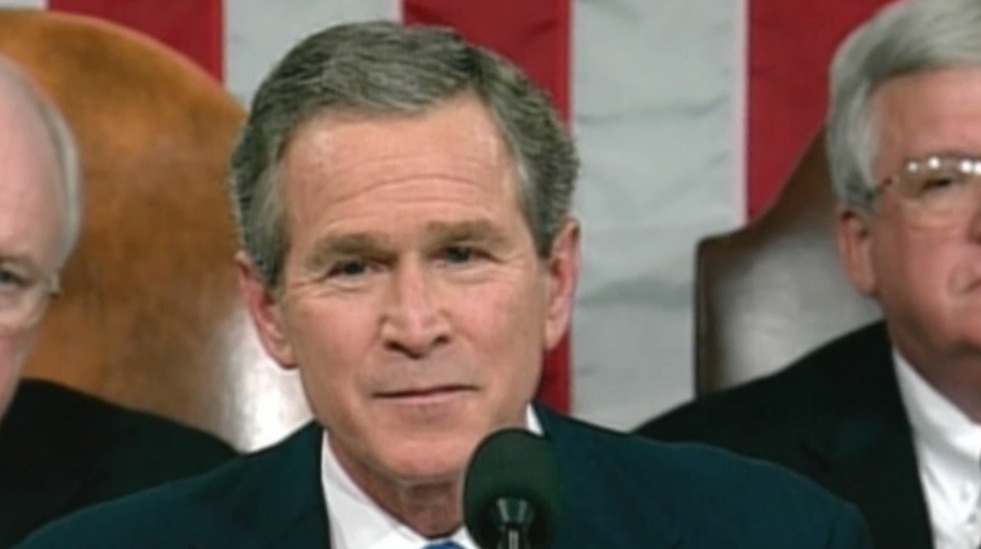 “We will bring to the Iraqi people: food, and medicines, and supplies ... and freedom.” [APPLAUSE]

“[The 2003 Iraq war] was, in short, a war the White House wanted, and all of the supposed mistakes that, as Jeb puts it, 'were made' by someone unnamed actually flowed from this underlying desire. Did the intelligence agencies wrongly conclude that Iraq had chemical weapons and a nuclear program? That's because they were under intense pressure to justify the war. Did prewar assessments vastly understate the difficulty and cost of occupation? That's because the war party didn't want to hear anything that might raise doubts about the rush to invade. Indeed, the Army's chief of staff was effectively fired for questioning claims that the occupation phase would be cheap and easy.”