“To recap: Don’s real name is Dick Whitman. His prostitute mother died in childbirth; his dad, her john, beat him. His fundamentalist stepmother called him a 'whore’s child.' Then his father got kicked in the head by a horse, and the stepmother moved in with her sister, herself a prostitute, living in a brothel. The stepmother, heavily pregnant with Don’s half brother, prostituted herself to her brother-in-law, as the teen-age Don knelt outside her door. He watched them, through the keyhole, have sex. C’mon, now. This is no longer the backstory of a serial adulterer; it’s the backstory of a serial killer.

”We haven’t even got to the part where Whitman goes to fight in Korea, accidentally blows up his superior officer, Don Draper, steals his identity, forms a secret relationship with his widow (she’s motherly, yet also somewhat prostitute-like, since he pays for her upkeep), becomes a greaser, and seduces a model who is also concerned primarily with appearances. Eventually, he gets into advertising, and when his half brother, Adam, finds him, Don rejects him, and Adam hangs himself. It’s not that none of this makes sense, or could make sense; it’s just too much, overdetermined. None of the other characters has this sort of reverse-engineered psychology, and for good reason: it’s a lazy way to impose meaning.“

-- Emily Nussbaum, in her New Yorker piece, ”Faking It: 'Mad Men''s Don Draper problem," an article that is particularly smart on Don's ad campaigns at the show's beginning and now: how he avoided death with cigarettes in 1960 and how he sees it on a Hawaiian beach in 1968. 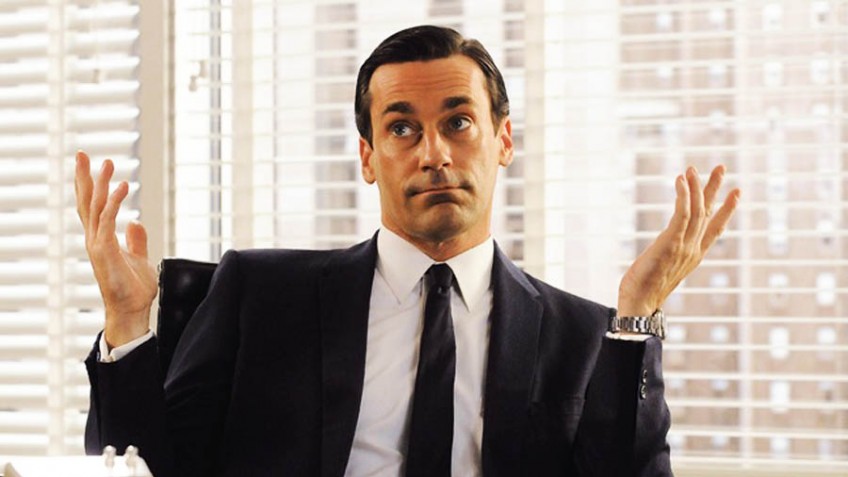 What can I say? It's all true.