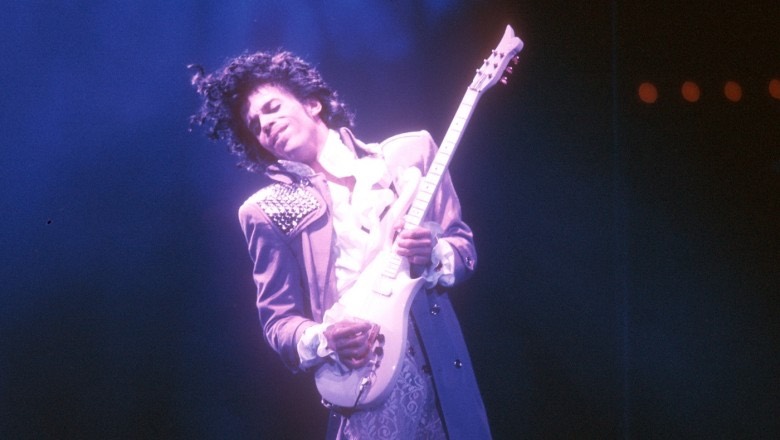 The extent to which Prince and I grew up in the same city (Minneapolis), but didn’t (north/south, black/white), is reflected in how I first came across him: on the cover of a national music magazine touting “The Minneapolis Sound” while visiting family and friends on the east coast in, I believe, the summer of 1981. I was vaguely insulted by the headline. I was dismissive. “I’m from Minneapolis. How do I not know the Minneapolis sound?” But I didn’t. Or I didn’t know that Minneapolis sound. It’s this kind of dichotomy—north/side, black/white—that Prince spent his life bridging.

F. Scott Fitzgerald, another fellow Minnesotan, once wrote the following:

Prince held two opposing ideas in mind at the same time and still retained the ability to funk. He was black/white, male/female, gay/straight, lustful/spiritual. He sang of dichotomies: “Girls & Boys,” “Elephants & Flowers.” He played with the opposites. He named a bouncy ditty “Jack U Off,” and a pair of beautiful love ballads “Do Me, Baby” and “Damn U.” He kept imagining places where we could be whole. Just take Alphabet St. across Graffiti Bridge and wind up at Paisley Park.

First Avenue is the downtown Minneapolis venue where much of “Purple Rain” was filmed, and in the movie Prince imagined it a lot more integrated, and a lot more stylish, than it actually was. I know because I used to go there all the time. Flash? Glam? Sexy? I didn’t even have a raspberry beret.

To be honest, I thought he was a weirdo. That pullout poster from “Controversy”? Showering, with the water dripping off his thong? What was he doing? The inside art for “1999” in his small neon bedroom, playing with watercolors, with the sheet pulled back enough to reveal his naked ass? But he became a soundtrack of my life. I wore out the first disc to “1999” and only ventured to the second when a friend told me she’d dealt with the suicide of her friend by listening to “Free” over and over again. I was at a pool party when one of our sexiest friends came up to me in the shallow end, flirting, and lip-syncing to “Let’s Pretend We’re Married.” I actually picked up a girl—or she picked up me—after we danced to “Erotic City” on the First Avenue dance floor.

In truth I needed more of what he was preaching. I was too uptight, too worried about what other people thought. I played the safe, dishonest middle. He went long on honesty, sexuality, spirituality. He loved God, wished u heaven, but girl you got an ass like he’d never seen. The opening of “D.M.S.R.” should be tattooed on all of us:

Everybody
Get on the floor
What the hell’d you come here for?

In the winter of ’83/’84, I remember standing on the second level at First Ave, watching people on the first level dance, and someone walked up next to me and did the same. I looked over and froze. Prince. Six months later, with “Purple Rain,” he was everywhere.

For some reason, when I first heard “When Doves Cry,” I thought it was older Prince. The same with “Kiss” two years later. Both seemed familiar and a jolt at the same time. “Purple Rain,” the movie, astonished me by ousting “Ghostbusters’ for the No. 1 slot at the box office; it wound up grossing the equivalent of $174 million today. It was the 11th biggest hit of the year and it made Roger Ebert’s top 10 movies of 1984, but it’s got its faults. The glaring one is the notion that the Kid is too selfish, that “the only one who digs your music is yourself,” and that he’s only able to become successful when he collaborates with Wendy and Lisa on “Purple Rain.” Pardon me, but what song does he open with? Right, “Let’s Go Crazy.” That’s the music no one digs but himself? One of the greatest, balls out, rock ‘n’ roll songs ever written? Not to mention a beautiful opening sermon. In the ‘90s, I got a rejection notice from a small journal about some crap story I’d written so I sent it to someone bigger, I believe The New Yorker, and in the cover letter quoted Prince:

Another sentiment to tattoo on all of us.

If I was surprised by the success of “Purple Rain” I was more surprised by the relative quiet that greeted “Around the World in a Day.” I remember hearing “Raspberry Beret” blaring from a convertible in Dinkytown on a warm spring ’85 day, and I thought, “This will be huge.” It wasn’t, quite. He kept disappearing. Didn’t he announce he was retiring or something to look for the ladder? Instead, he directed and starred in “Under the Cherry Moon.” Oops. I loved “Sign O’ the Times” and “LoveSexy” (“Alphabet St.” is another song that hit me immediately), ignored the “Batman” stuff, stayed with him through “Graffiti Bridge,” “Diamonds and Pearls,” and the “Love Symbol” album. I kept expecting another resurgence, a popular breakthrough. Instead, the glyph jokes, and The Artist Formerly Known as Prince jokes. But whenever the discussion came up, I laid down my three musical geniuses in the rock era: Beatles, Dylan, Prince.

Last week, when I heard the news, I was on vacation in Utah, of all places, and was surprised by how much it hurt, and was surprised again by how much it hurt everyone. The world turned purple in mourning and celebration. It cried and partied like it was 1999. I so wanted to be in Minneapolis that day, and the days that followed, but social media helped me for once. My friend Adam in particular kept posting and posting and posting. All of us shared stories, memories, links, and songs. We tried to talk ourselves through it. We tried to put the right letters together and make a better day.

Rest in peace, you sexy motherfucker. 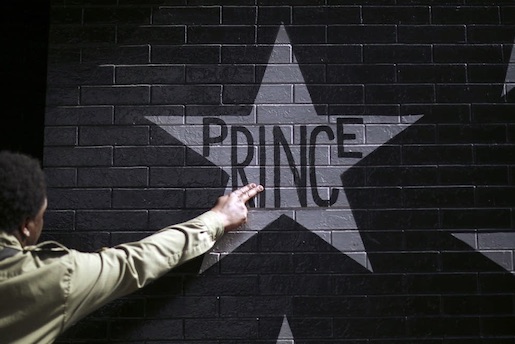