Photo of the Day: Marion Strout Plaque at the Betty Bowen Lookout

On nice days, and even some crappy ones, I like walking up Queen Anne hill to Kerry Park, the famous spot that overlooks the Space Needle, downtown Seattle, and Mt. Rainier, and which is a popular tourist destination.

But more and more, I keep walking west along Highland Avenue to the Betty Bowen lookout at Marshall Park, which faces Puget Sound and the Olympic mountains. It's less crowded, quiet and peaceful. It gives me a moment.

Betty Bowen was an assistant director at the Seattle Art Museum, who died in 1977, and who was herself such a patron of the arts that an award was named in her honor and given annually to local artists. Seattle Times story on her and the award here.

Can't find much info on Marion Faith Strout. Could she be the Marion Strout quoted in this article? 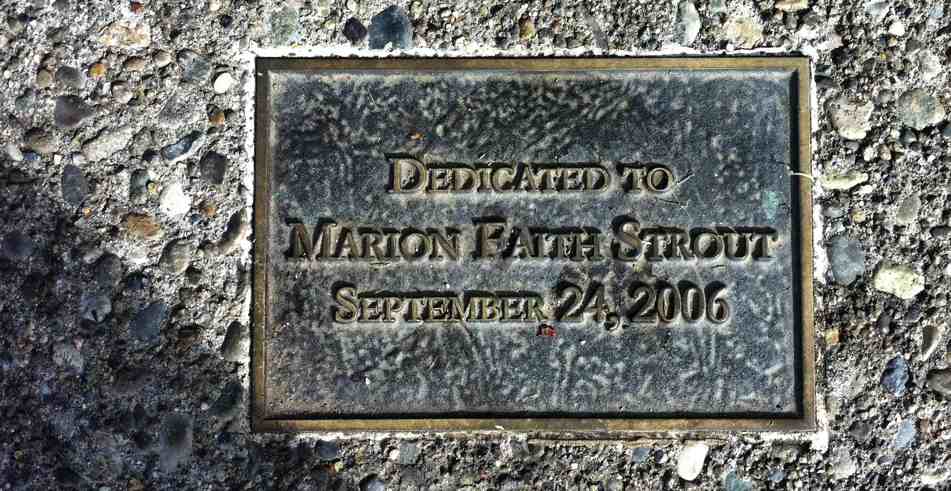