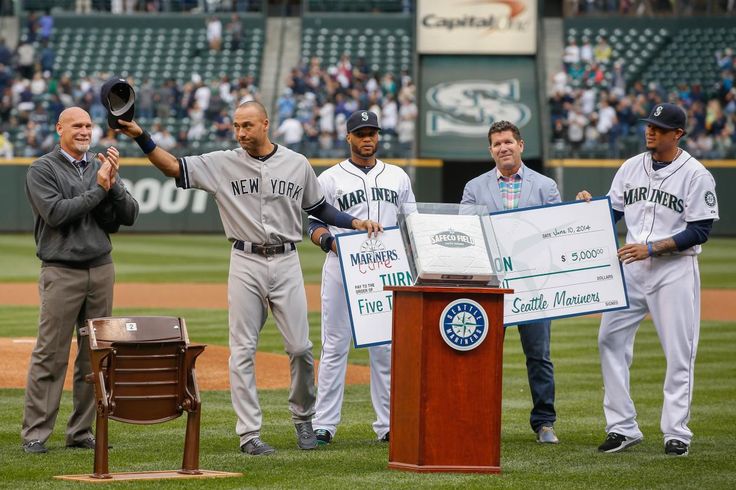 As the stomach turns.

Wall Street Journal sports editor Sam Walker has written a book about what makes a great team captain, and, anticipating it, or publicizing it, or simply tweaking the noses of Yankee fans everywhere, he has a piece on Deadspin about why Derek Jeter doesn't make the cut—and why it's not even close. It's called “Why Does Everyone Think Derek Jeter was a Great Captain?”

It's the greatest thing I've ever read.

He brings up stuff I know all too well but not enough apparently do: How Jeter became captain in 2003, after the Yankees' great run, meaning the team won just one World Series under his stewardship—and that thanks mostly to Jeter's bete noir Alex Rodriguez; how Jeter never suggested moving away from shortstop when a better defensive SS came along (A-Rod again), not even in his dotage when he was, by any statistical measure, a massive defensive liability. Walker also brings up that awful farewell tour in 2014, when enemy teams bestowed gifts upon him, and enemy fans stood and applauded. The stomach turns at the thought.

But this is the decisive blow:

There's another crucial piece of context to factor in, here too—money. It's true that Jeter's captaincy coincided with an aggressive new MLB luxury tax that forced the Yankees to surrender a chunk of their revenue to support the league's poorer teams, but the Yankees still had more than enough left over to maintain a sizeable spending advantage. In fact, according to payroll figures over those 12 seasons, the Yankees outspent the No. 2 MLB team by more than $1 billion.

All of that money, and Jeter's supposedly brilliant leadership, produced the same trophy haul as the Florida Marlins.