National Board of Review Plugs ‘The Irishman’ 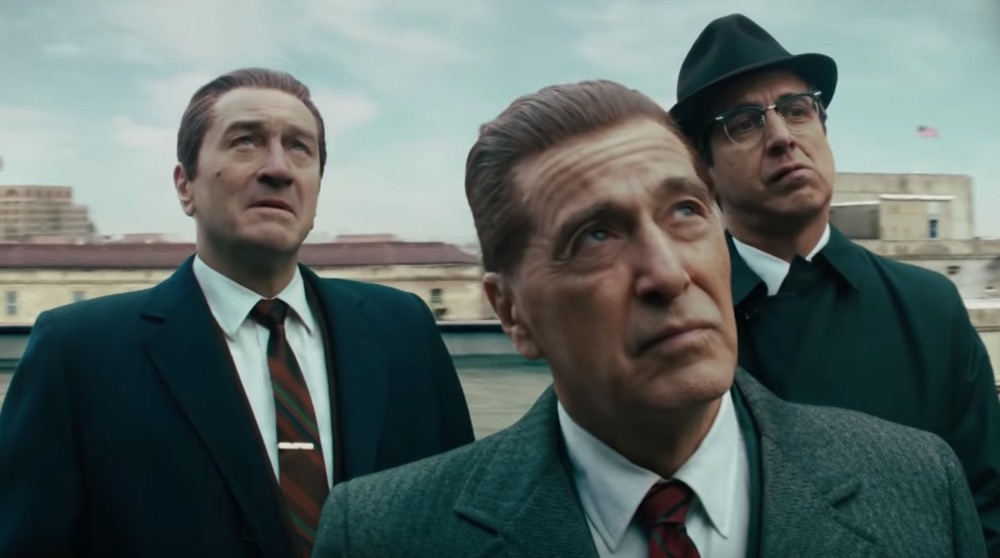 And like your grandfather, they love themselves some Clint Eastwood. Quick question: Why is “Jersey Boys” significant in NBR's recent awards history? Because it's the first movie since 2003 that Clint Eastwood directed that didn't at least make NBR's top 10. Or 11.

That's nine movies in a row, including such forgettable fare as “Changeling,” “Invictus,” “Hereafter” and “J. Edgar.” Then he got two more, followed by two 2018 passes. (For a good review of “The Mule,” please consult John Mulaney.) Now he's back in their good graces with “Richard Jewell,” about the security guard who saved lives during a 1996 bombing ... and was then accused of having planted it. He was pilloried in the press. So Eastwood pillories the press—along with, it looks like from the trailer, the FBI. One nice thing about that story? He won't have to lie to make his small-government case the way he did with “Sully.”

(Oh yeah, and what about that odd “Come back when you‘re black” line to Frank Valli by a 1959 A&R man in “Jersey Boys”? At a time when a white singer sounding like a black man is what every A&R man dreamed of? Is Eastwood implying that somehow black people had it easier? In 1959? I need to do a bigger piece on Eastwood some day.)

I haven't seen most of these yet, but I can't believe “The Farewell” didn't make the cut—just NBR's top 10 indies, along with “Judy” (which looks horrendous). Meanwhile, “Judy”'s Rene Zellwegger garnered the actress award, while Adam Sandler (!) won the actor. No snarky comment there—he looks great in the trailer. (That said: Leo? Joaquin?)

They gave director to Quentin Tarantino, his first since he won for “Pulp Fiction” back in 1994. NBR's director history is interesting. Name the three NBR directing awards Martin Scorsese has won. Ready? “The Age of Innocence,” “The Departed” and “Hugo.” The ones you immediately think of when you think Scorsese. How about the one time Spielberg won? “Empire of the Sun.” Again. And for all their Eastwood love, he's won director only twice: “American Sniper” and ... “Invictus.” Yes. “Invictus.” They loved “Invictus.” Freeman won Best Actor for it, too.

This year, NBR's best movie was Scorsese's “The Irishman.” Which ... sure.