It was a weak year for American movies. At the least, it was a year in which I disagreed with most American critics about most American movies. The movies they touted (“First Reformed,” “Sorry to Bother You,” “Can You Ever Forgive Me?”) left me cold, while the movies that stuck with me (“Wajib,” “Love Education”) no one mentioned at all. Overall, I left a lot of theaters disappointed.

That’s my curmudgeonly greeting to this way-late list of 10 best movies of 2018.

I should add I don’t feel like a zealot on the matter. I’m open to the idea that the problem is me. Maybe in five years I’ll see some of these again and go, “What was I thinking?” But for now, this is what I was thinking.

10. People’s Republic of Desire (China)
It does what documentaries are supposed to do: gave us e a glimpse into a world we know nothing about. It's also a world we know everything about. It’s about the desire for wealth and fame, yes, but at bottom it’s about loneliness and isolation. It’s about the urge to connect, and how social media taps into this urge and never assuages it. Social media is to connection like salt water is to thirst. We drink and we drink, and we wonder why we keep getting thirstier. 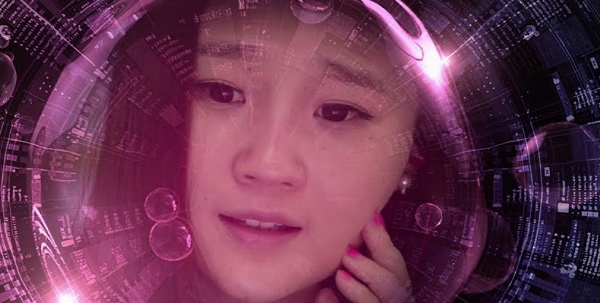 9. Mid90s (USA)
This rang so true to me in Jonah Hill’s directorial debut: reaching a certain age, 10, 12, and suddenly having to navigate shit you’re supposed to know but have no clue about. It’s generally stuff about girls and sex, or about how to act with guys. What to say, what not to say, and when. What’s cool and what isn’t? What are the rules? Where are the rules? At such moments, ignorance isn’t bliss, it’s terrifying. The great irony with “Mid90s” is that the navigator, Stevie, is trying to fit in with a gang that is slowly breaking apart. 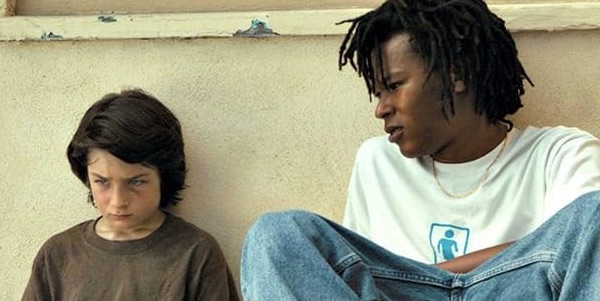 8. The King/The Searcher (Part I) (USA)
During the summer of 2016, Eugene Jarecki drove Elvis Presley’s 1964 Rolls Royce through the places that made Elvis who he was—Tupelo, Memphis, Nashville, New York, Germany, Hollywood, and Vegas—and let different folks into the backseat to play, sing, or just talk about Elvis and the state of the country. It’s Elvis as metaphor for America. We took over the world with a sneer and a shake of our hips, then we grew comfortable, addicted, overweight and addled. Trump is our late-stage Vegas period. “The Searcher” is the more straightforward HBO doc that digs into the roots. The second half makes too many excuses but the first half rocks and rolls.

7. Juliet, Naked (USA/UK)
It’s that rare rom-com for adults. Ethan Hawke is perfectly cast as Tucker Crowe, a shaggy, reclusive, former indie rock star who released an album of quiet love songs, “Juliet,” in 1993, then disappeared from a Minneapolis stage and never came back. Chris O’Dowd is perfectly cast as the fan obsessed with his work. Rose Byrne is the woman between them. Comedy, and something approaching wisdom, ensue. 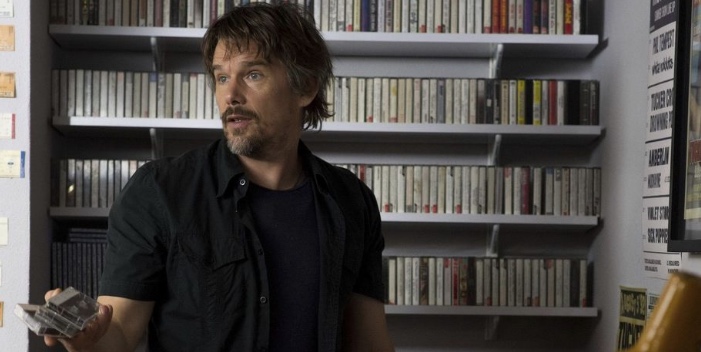 6. Cold War (Poland)
One of the surprising things about this movie is the relative ease with which Cold War borders are crossed. At one point Wiktor returns to—is it Prague?—to see the troupe, and Zula, again, but the secret police pick him up. And interrogate him? Make him love Big Brother? No. They put him on a train back to the West. You chose your side, Wiktor, they seem to be saying. Stay there. This is true until it horrifyingly isn’t. Question: Is it a fault of the film that it seems to be saying the horrors of Soviet totalitarianism are nothing next to a crazy broad? If you can't be happy as an artist/singer in 1950s Paris, good god, brother, what hope? 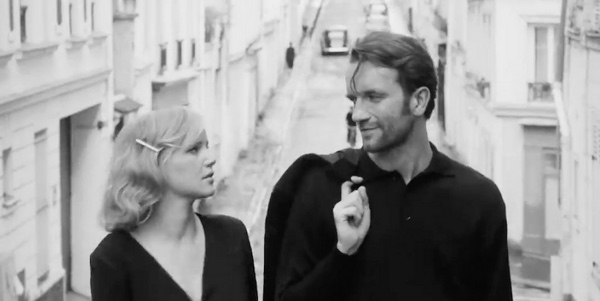 5. John Mulaney: Kid Gorgeous at Radio City (USA)
What really won me over was the gazebo bit. Mulaney talks about seeing a gazebo in Connecticut that was dedicated in 1863, and before he gets to the joke, this was my thought: “Huh. Middle of the Civil War.” And that’s the joke. Mulaney imagines the scene with a Prof. Harold Hill-type charlatan selling town leaders—who have just read off their Gettysburg war dead—on the concept. I immediately knew I’d found a kindred spirit: someone who paid attention to the chronology of things. Mulaney also tells jokes, of course, that reveal the trauma of our times—from “Horse loose in a hospital” to idiot online Captcha crap: “You spend most of your day telling a robot you’re not a robot. Think about that for two seconds and tell me you don’t want to go walk into the ocean.” It’s the line of the year. 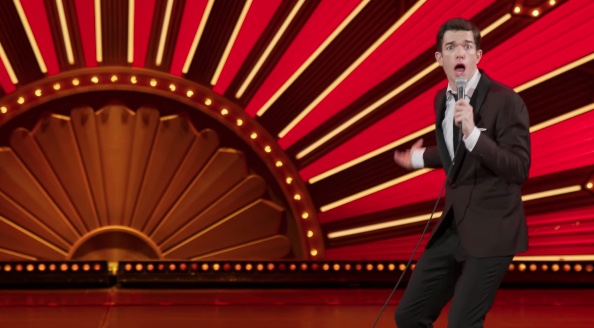 4. Burning (South Korea)
“Burning” is about the death of a girl that happens off-stage. Not only do we not see it happen, we don’t even know if it does happen. Consider it an arthouse version of a revenge thriller. The revenge happens clumsily, and less-than-heroically, at the 11th hour, and we’re not sure if it’s necessary. Traditional revenge movies are all about certitude and satisfaction. This leaves us with nothing but questions. It haunts us long after we leave the theater. 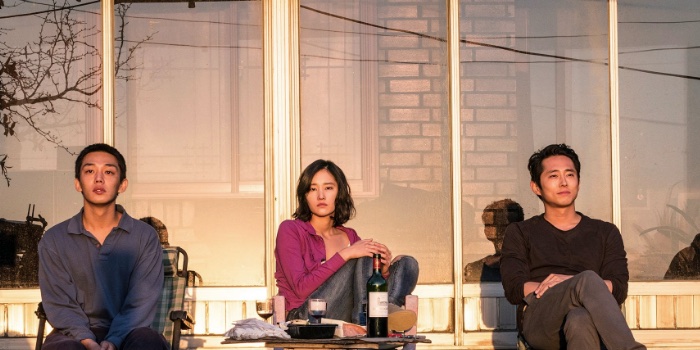 3. Capernaum (Lebanon)
The sadness and hardness of the world is reflected in the eyes of Zain, age 12, and there’s nothing romantic about it. As you’re watching, you wonder how this kid could act this. How he could be so dead-eyed? What trauma could he have suffered? Answer: He’s a Syrian refugee. He plays Lebanese here, a son in a large family of the undocumented, who tries to look after his sister, who then tries to look after a small immigrant baby, and the most heartbreaking moments are those moments, like on the bus with Cockroach-Man, or in the movie’s final scene, when you realize that despite all the adult things he's doing he’s just a fucking kid. 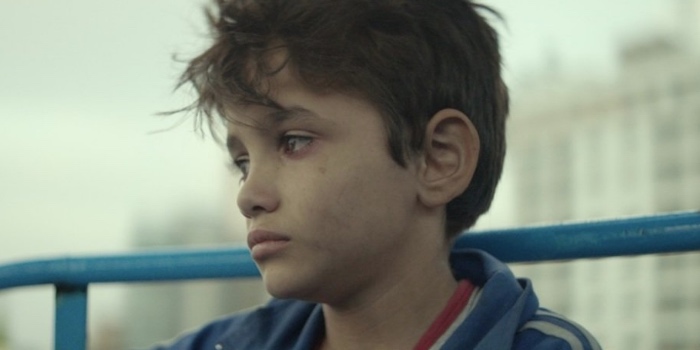 2. Love Education (Taiwan)
You work through the comedy to get to the poignancy. I think that’s what most of life is like, and that’s what Sylvia Chang’s “Love Education” is like. We get three generations of women, each dealing with their own issues at their own stage of life. When the grandmother dies, and her daughter (also Chang) wants to move her father’s grave next to her mother’s, that’s when things kick into another gear. I saw this at SIFF and keep waiting for it to show up anywhere else: streaming, video stores, etc. It deserves an audience. 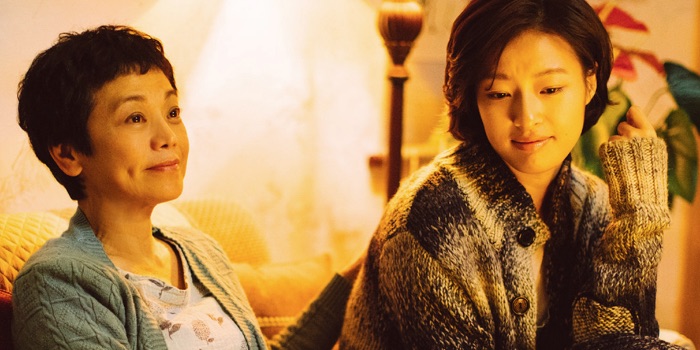 1. Wajib (Palestine)
A father and his estranged son spend a day hand-delivering wedding invitations in present-day Nazareth and resurrect old wounds. It’s the kind of episodic non-plot that should weary us; but writer-director Annemarie Jacir and her two stars—real-life father and son Mohammed and Saleh Bakri—make it riveting. “Wajib” is specific and universal, funny and human. The day is long, tempers cool with the evening, but nothing is resolved. It’s just another round of forgiveness and understanding that never seems to stretch far enough; but maybe it covers what we can while we can. 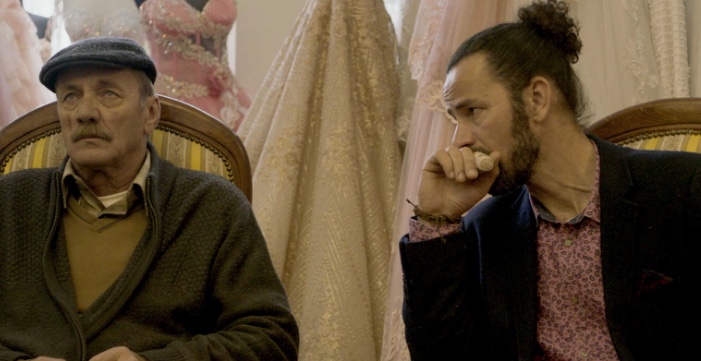 You know, now that I look at it, that's a pretty good year. A shout-out as well to the following: Free Solo, The Third Murder, Shoplifters, Three Identical Strangers, The Guilty, Roma, The Favourite, Last Letter, Eighth Grade and Isle of Dogs.