My Sister and Hugh Jackman

My sister Karen and her husband Eric spent the last few weeks traveling around Ireland and England and were coming home via the Toronto airport when this happened: 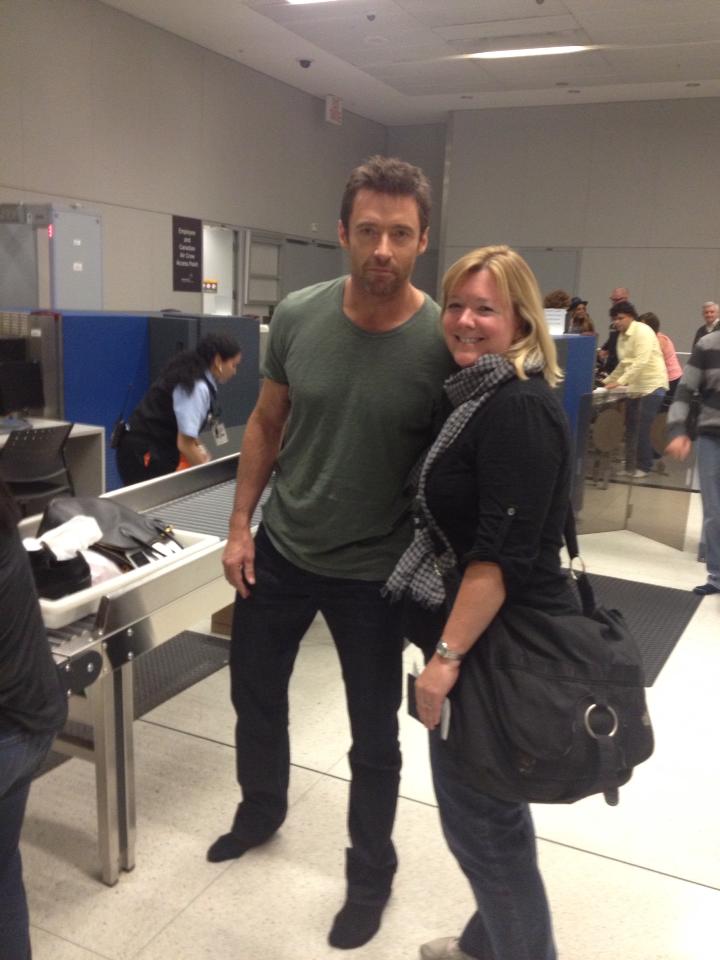 Coincidentally, I'd watched a bit of “Les Miserables” on HBO this week, partly because I'd become a fan of the music (original Broadway cast album) since seeing the movie, and partly in anticipation of the Bloomington Civic Theater's production of “Les Miz,” which will star my nephew, my sister's son, Jordan, as Gavroche. And that's what I wanted to know. Did Karen tell Hugh Jackman about her own Gavroche? She did, and he wished Jordy well. She added:

He's even more lovely in person. He shook all the security people's hands and smiled through the wait to get through and didn't even bother to put his shoes on before taking this picture with me.

“The best thing about traveling,” Eric wrote, “is the people you meet.”