Vanity Fair has been publishing the Proust Questionnaire on their back page for as long as I can remember. Hit-or-miss stuff but I liked Dustin Hoffman’s a few months back — probably because I agreed with him most of the time. Mine’s below. It’s tough. My own marked characteristic works against me. Plus you realize how far you are from where and what you want to be. Or maybe that's another marked characteristic.

Feel free to post your own in the comments section. 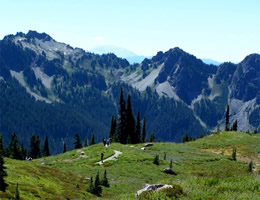 What is your idea of perfect happiness?
Writing into a deeper thought or connection. Hiking in the Cascades or Olympics on a sunny day.

What is your greatest fear?
Harm coming to loved ones.

What is the trait you most deplore in yourself?
Cowardice.

What is the trait you most deplore in others?
Bullying.

What is your current state of mind?
Anxious. For a change.

What do you consider the most overrated virtue?
Prudence. 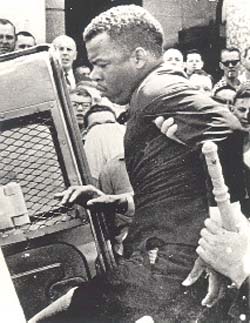 What is the quality you most like in a man?
Courage and calm.

What is the quality you most like in a woman?
Grace.

Which words or phrases do you most overuse?
“I got nuthin'.”

On what occasion do you lie?
When it seems funny. When it spares feelings. When not to do so would seem dickish.

What do you dislike most about your appearance?
The lack of a jawline.

Which living person do you most despise?
I don't know enough to say.

Which living person do you most admire?
John Lewis. Barack Obama. My sister.

What do you most value in your friends?
Humor.

When and where were you happiest?
Wherever it was, the “when” was always behind me.

If you could change one thing about yourself, what would it be?
I would have super-powers.

What do you consider your greatest achievement?
Hopefully it’s ahead.

What is your favorite occupation?
Writing. Hiking. Biking. “I”ing.

What is your most marked characteristic?
Wishy-washiness.

Who are your favorite writers?
Chronologically as I read them: Salinger, Irving, Vonnegut, Roth, Doctorow, Tolstoy, Baldwin, Vidal, Capote, Updike, Kundera, Mailer, Hemingway, Tobias Wolff. I’m taking offers for the next one.

Who is your favorite hero of fiction?
Buddy Glass. T.S. Garp. Superman.

What do you regard as the lowest depth of misery?
The reduction and mechanization of humanity in all forms. The lowest being the final solution.

Which historical figure do you most identify with?
Antonio Salieri.

What is your motto?
Who has a motto?