British actor Gethin Anthony (Renley Baratheon of “Game of Thrones”) plays William, an American who travels to the titular city to: 1) deliver a letter from his now-dead father to his never-seen grandfather, and 2) screw hot girls.

He’s the kind of twentysomething who thinks it’s the height of hilarity to make blow-job motions next to a sleeping man on a train. He thinks it’s his right to keep dinging the bell on the hotel lobby desk even though the concierge is on the phone two feet away. He’s thoughtless, self-centered, and angry that his friend Jeremy (Sebastian Armesto) brought along his girlfriend Jennifer (Olivia Grant). He assumed this was “a guys trip”; he assumed it was all about him. Even with Jennifer, he assumes it’s all about him. “You wanted to fuck me first,” he says to her at the hotel bar. Classy. 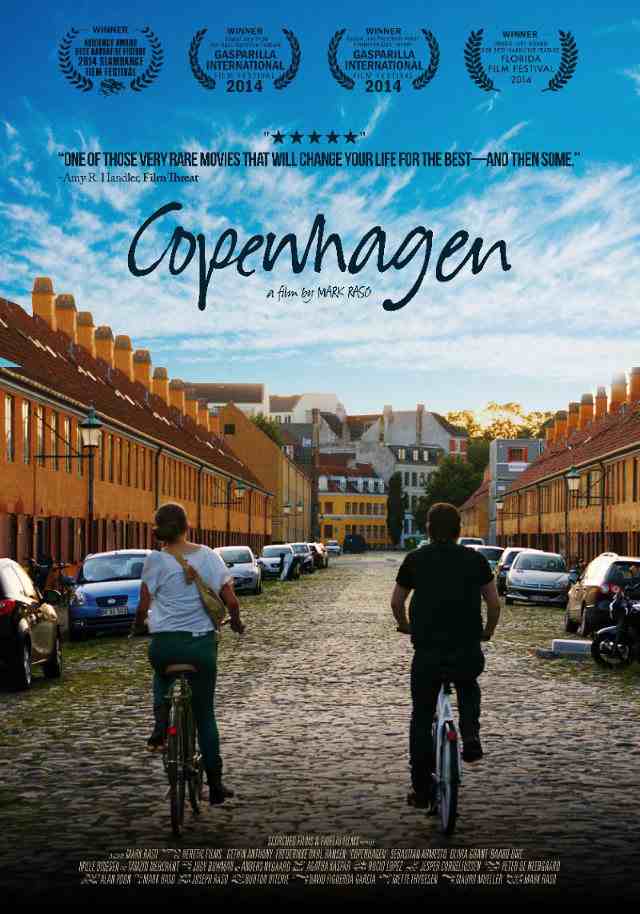 The next day she and Jeremy leave. Would that we could. Then William meets a Danish girl, Effy (Frederikke Dahl Hansen), a waitress at the hotel who accidentally spills coffee on the letter he’s supposed to deliver. They argue. She sends him to the wrong place in town. They meet again and argue some more. Then she decides to help.

So we get it. It’s about an asshole who becomes a better person because of a good woman.

Once William finds this out—40 minutes into the 90-minute movie—he backs off, right? Yes and no. Mostly he just gets more petulant. Because he likes her.

But he still backs off, right? Sexually? Right?

Yes and no. They get topless and make out in his hotel room, but he stops there. Hansen was 19 or 20 during filming but I still had to cover my eyes during these scenes. The ick factor was strong. It doesn’t help that we like her but despise him.

Question: How do you make an asshole in a movie sympathetic? Or at least interesting? However you do it, writer-director Mark Raso doesn’t. Is it because Anthony is a Brit doing an American asshole? That he gives us the surface but nothing deeper? That Anthony's a Baratheon?

All I know is I had zero tolerance for this character. As a result, we’re kind of annoyed that Effy falls for him. And as a result, when William finds out that his grandfather had been a Nazi collaborator during the war, and that he went to prison for it, and that he’s still alive, well, it’s more amusing than dramatic. Serves you right, dickhead.

But of course that’s how William “grows” in the end. Throughout, he’s an angry young man because of daddy issues; after confronting his grandfather, the former Nazi—who should’ve been near 90 but seems like a fit 70-year-old—he realizes his own father’s daddy issues were much, much worse. So he develops a kind of empathy.

Sadly, by this point, we have none for him. Effie is so good she makes William better, but William is so annoying he makes us worse.