Who knew a movie about a conscientious objector in Hitler’s Germany would have relevance for America in the 21st century? Well, at least our guy is incompetent. That may be our saving grace—his utter buffoonery. He couldn't make the trains run on time to save his life. 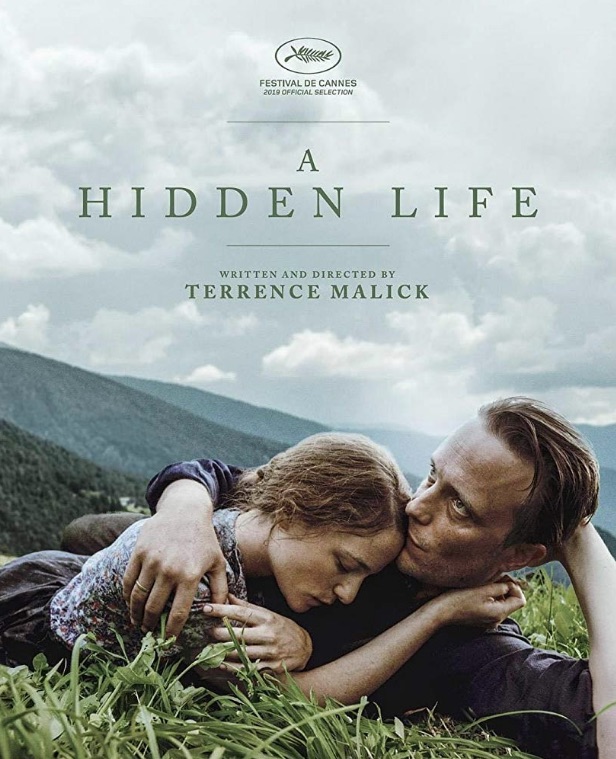 Did Terrence Malick know where we were headed? Could he see into the future? This movie was shot in July and August 2016, so before Trump won the election; then Malick spent three years editing. It’s about a peasant farmer, Franz Jaggerstatter (August Diehl), from St. Radegund, a small village in the Austrian mountains, who does not go when duty calls. He does not bend when his neighbors insult him, nor when the Nazis imprison him. He does not buckle when they kill him. He believes in something greater. He leaves behind a wife, Fani (Valerie Pachner), and three daughters, two of whom are still alive.

If that storyline seems ripe for our times, it’s also a perennial Malick concern. Jaggerstatter is basically Pvt. Witt (Jim Caviezel) from “The Thin Red Line” but more so. It’s about where faith matters in a troubled world. It’s about how, as the world worsens, faith matters more.

OK, so here’s the real question for Malick fans who suffered through “To the Wonder” and “Knight of Cups”: Is it worth a damn?

It is. With caveats.

Hate to be the “too many notes” guy, but it’s what I was feeling as I watching. He could’ve cut 45-60 minutes and I would’ve been happier. Can’t believe it took three years to edit down—or up?—to three hours. That makes it Malick’s longest movie, and it’s a movie where not much happens. The point of the movie is something not happening.

I apologize, by the way, that this review isn’t any deeper. I saw “A Hidden Life” several weeks ago, wrote some of the above that night, then woke up the next morning with a bad virus and a clogged head and didn’t get back to it until now. Back then I wrote Diehl’s performance was “one of the best I’ve seen this year,” but if so it didn’t stick. Not enough has. Maybe because not enough happens? It’s mostly images.

The title comes from a quote by George Eliot that we see on a closing title card:

...the growing good of the world is partly dependent on unhistoric acts; and that things are not so ill with you and me as they might have been, is half owing to the number who lived faithfully a hidden life, and rest in unvisited tombs.

Isn’t that beautiful? You know what else it is? Words. Malick still isn’t giving enough credence to them. Visually, his films stun us with wonder. Storywise, they make us wonder what might have been.

That said, with the above caveats, I recommend it. Hell, I might even see it again.