I normally love Louis Menand's writing but his June article on baseball players and celebrity—specifically Babe Ruth, Lou Gehrig and PR man Christy Walsh*—was a little meh. Maybe a reader can know too much about a subject. Example: When Menand went into how baseball used to be small ball, a base at a time, before Ruth, I could feel my eyes glazing over. But I still learned a few things—chiefly that Gehrig got the nickname “The Iron Horse” from New York Sun columnist Will Wedge in 1931. 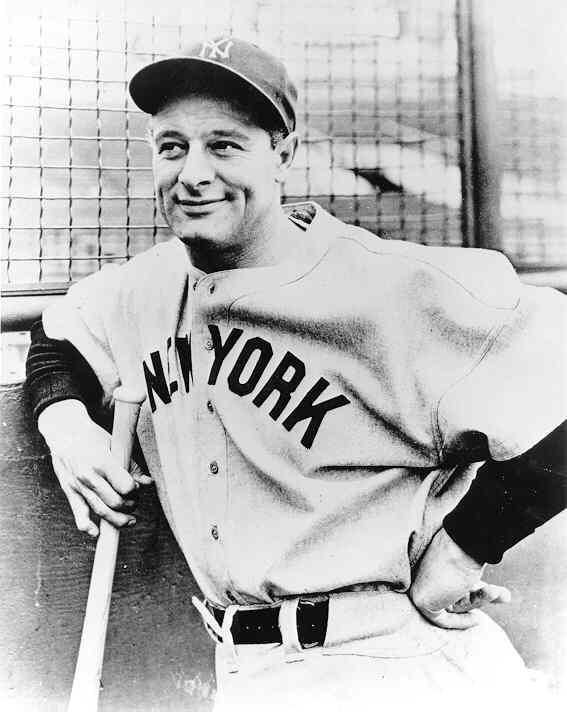 (*How interesting that the name of Gehrig's PR man was a mashup of two of the best pitchers in the first decade of the 20th century. ... OK, interesting to me.)

But Menand's ending, about “the speech,” made me tear up:

The announcer told the crowd that Gehrig was too moved to say anything, but a chant went up, and so he walked to the microphone. Eleanor later said that he had written an outline just in case; he clearly had some sentences memorized. Amazingly, only four of those sentences have been recorded and survive. Versions of the whole speech that you read have been pieced together from newspaper stories.

But we do have Gehrig's voice at the start. “For the past two weeks, you've been reading about a bad break,” he says. “Today I consider myself the luckiest man on the face of the earth.” And at the end: “I might have been given a bad break, but I've got an awful lot to live for.” There is nothing self-pitying in the speech, no self-denial, no defiance. He is helping other people get through his pain. This was not colorless or boring. This was a man looking at death. In an age of showmen, in the very House That Ruth Built, it was a transcendent moment of selflessness.

He is helping other people get through his pain. Holy hell that's good.