I know Jeff Wells of Hollywood Elsehwere, for one, objected to the way Daniel Day-Lewis voices Abraham Lincoln in “Lincoln.” Even after Wells owned up to its historical accuracy, he objected. He called it “flat, undistinctive, unimpressive, Matthew Modine-ish.” It gave him the shivers.

I actually liked it, along with everything else about Day-Lewis' performance. More important, most important, it is historically accurate. Last night I was reading Garry Wills' “Lincoln at Gettsburg: The Words that Remade America,” and came across the passage below, in which Lincoln is contrasted with Edward Everett, teacher of Ralph Waldo Emerson, and the main speaker at Gettysburg that day. He was considered the country's great orator after the death of Daniel Webster:

Everett's voice was sweet and expertly modulated; Lincoln's was high to the point of shrillness, and his Kentucky accent offended some Eastern sensibilities. But Lincoln derived an advantage from his high tenor voice—carrying power. If there is agreement on one aspect of Lincoln's delivery, at Gettysburg and elsewhere, it is his audibility. Modern impersonators of Lincoln, like Walter Huston, Raymond Massey, Henry Fonda, and the various actors who give voice to Disneyland animations of the President, bring him before us as a baritone, which is considred a more manly or heroic voice—though both Roosevelt presidents of this century were tenors. What should not be forgotten is that Lincoln was himself an actor, an expert raconteur and mimic, and one who spent hours reading speeches out of Shakespeare to any willing (and some unwilling) audiences. He knew a good deal about rhythmic delivery and meaningful inflections.

It's a shame that Wells' machismo, which he often wears like a Paul Fist-in-Your-Face, overrules his sensibilities regarding Hollywood bullshit: the ways that the movies have lied to us forever. After 100 years, a Hollywood movie finally gets something right and he attacks it for that very reason. 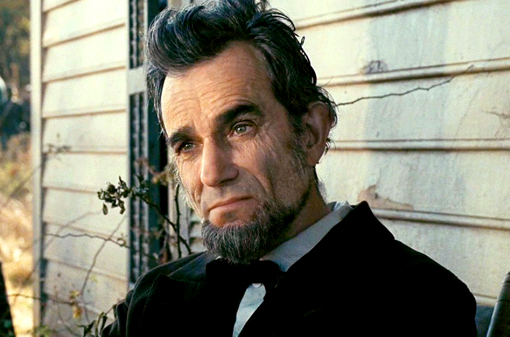