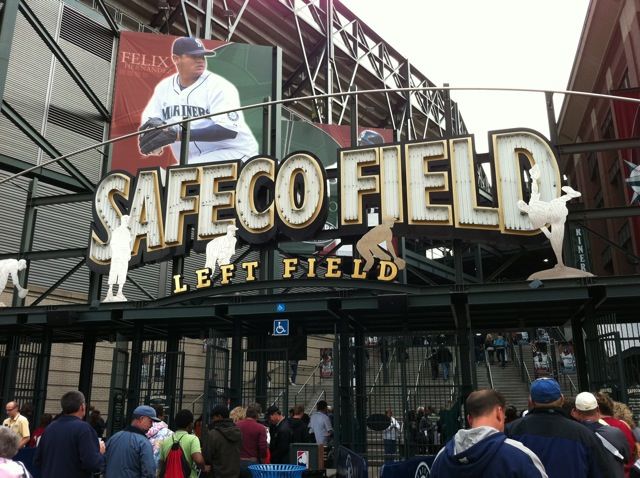 Here's my shot of the left-field Safeco Field entrance. It's B.C.: Before Cano.