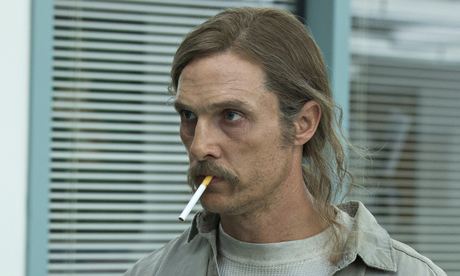 McConaughey as Det. Rust Cohle. “What do you think the average IQ of the Emmy voter is, huh?”