Kenneth What? Roger Who?

Another newspapers.com find. Never knew I was blurbed in this manner—and between such heavy hitters. 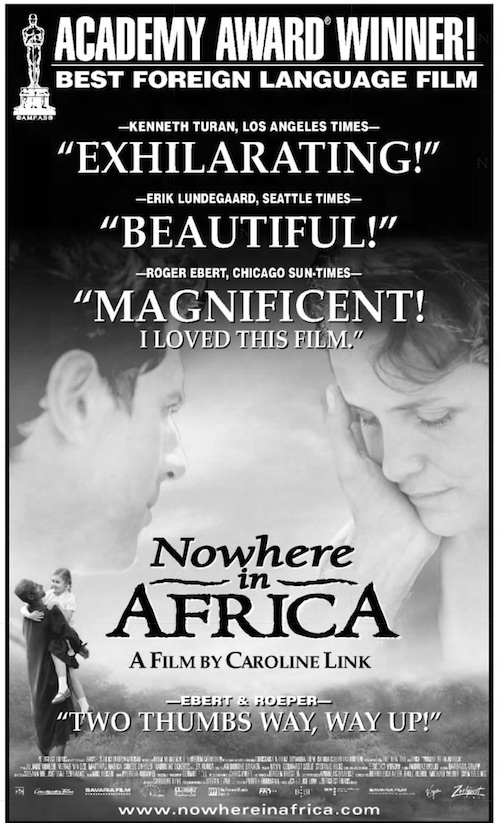 Is my review not up on this site? It isn't. I'll have to fix that. The movie is about a Jewish family escaping Nazi Germany and living out the war in British-held Africa. Kenya, I think. But did I actually say it was “Beautiful!”? Kind of. On the African vistas, I wrote, “...director Caroline Link makes it beautiful without relinquishing its starkness.” No exclamation point but it ain't a lie. It counts. I mean, I didn't think Kenneth and Roger said what they said with exclamation points, either. Never believe exclamation points. They're the province of marketers, bad joke-tellers, and Trump. Sad.